Mental illness is a major health problem throughout the world. Scientists estimate that around 18 percent of people have a mental illness, which adds up to more than 42 million Americans. Determining the neurological basis of these diseases is essential to finding effective treatments and is a major area of research. New studies are suggesting that a disrupted circadian rhythm may contribute to a diverse range of mental illness from clinical depression to bipolar disorder.

Seasonal affective disorder, or SAD, is perhaps the best known mental illness related to a disrupted circadian rhythm. The lack of high-quality light disrupts melatonin production in the suprachiasmatic nucleus of the brain, leaving people with irregular levels of this hormone that produce fatigue, depression and a wide range of symptoms. Many people find relief from SAD through light therapy and melatonin supplements. However, new studies suggest that SAD may not be the only mental illness that is directly linked to abnormalities of the circadian rhythm. 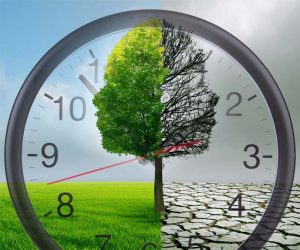 In healthy people, circadian genes such as CLOCK and BMAL1 are expressed in a rhythmic fashion over the course of every 24-hours. These genes cause hormonal changes that allow people to respond optimally to the demands of their day, especially the demands of wakefulness and sleep. When timing cues such as light levels and eating habits change, the body modifies its circadian rhythm to accommodate the new schedule.

In a study of mice, chronobiology researchers discovered that a mutation in the CLOCK led to unusual behavior in mice, including mania, hyperactivity and sleeplessness. The mice displayed behavior consistent with the manic phases associated with bipolar disorder, which is sometimes called manic depression. Researchers will have to study the rhythmic workings of human subjects with bipolar disorder before a definitive link can be made, but this study suggests that mutations in the CLOCK gene may be part of the cause of this and other mental illnesses that have manic features.

The link between sleep disruption and depression is well-established. People with depression may have constant fatigue, insomnia or even both. New studies performed on human subjects found that depressed women have huge variability in their circadian rhythm—that is, their 24-hour clock is not regulating the body’s hormones well. Hormones such as norepinephrine and melatonin are released in the wrong amounts and at the wrong times. In fact, the sleep disturbances associated with depression often disrupt the patient’s mood and ability to function as much as the depression itself. Light and melatonin therapies have been found to help treat depression in many cases. 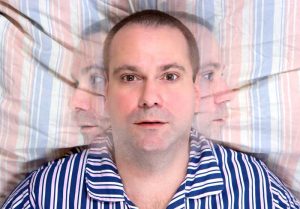 Schizophrenia is one of the most serious and debilitating mental illnesses, and also one of the most challenging to treat. Researchers and clinicians alike struggle to help people with this disease to find the right therapies that will allow them to lead functional lives. Schizophrenia is associated with a variety of hormonal abnormalities that eventually cause physical changes and deterioration in the brain, which can be seen on MRI in patients with severe untreated cases of the disease. New studies in chronobiology suggest that a disruption of the circadian rhythm may be partially responsible for many of the effects of this mental illness.

In one study, researchers tested melatonin levels and tracked sleep-wake cycles in a group of schizophrenic patients for six weeks. All of the patients showed significant circadian rhythm disorders, including delayed sleep phase disorder and non-24 hour circadian rhythms. The hormones that are regulated by the circadian rhythm did not follow normal cycles. This was true even in patients who are being treated successfully with modern anti-psychotic drugs. This suggests that there is a strong link between schizophrenia and disruption of the circadian rhythm, although more studies will be needed to determine the exact relationship.

These studies may sound like dire news, but they actually offer hope for people struggling with mental illness. Knowledge is power in these cases, as treatments can only be developed once the pathophysiology of the diseases is better known. Chronotherapeutics, or treatments that align with the circadian rhythm, may become an important part of treating mental illness and lead to better management of these diseases. In fact, reducing light exposure, which is called dark therapy, has already been shown to stop manic episodes.

An increasing number of serious diseases, from schizophrenia to cardiovascular disease, are being shown in new studies to be linked to sleep disorders and circadian disorders. These links will allow physicians to more effectively treat health problems, allowing many people to lead healthier, happier lives.