Melatonin, also known as the “mother hormone of chronobiology,” is a hormone made in the pineal gland. This process is due to cues from the suprachiasmatic nucleus of the hypothalamus, which regulates the circadian rhythm. When the retinas stop sensing as much blue wavelength light, the suprachiasmatic nucleus is informed and induces the pineal gland to begin making melatonin. When the retinas sense early morning, melatonin production is ceased and hormones associated with wakefulness are made instead. This cycle helps to create a circadian rhythm, or 24-hour sleep-wake cycle.

Melatonin has a very short half-life of about 30 minutes. Because it breaks down so quickly, it must be made continuously throughout the night in order to sustain restful sleep. In people with a healthy circadian rhythm, melatonin levels rise rapidly after dark and plateau throughout the night until early morning. These high levels are essential not just for falling asleep, but for sleeping deeply and restfully. Melatonin levels then drop sharply in the early morning to allow people to wake up in response to increasing light levels.

Pulsatile melatonin is a supplement that is formulated to be released in amounts that mimic healthy, natural melatonin levels. It is metabolized so that levels rise sharply after the supplement is taken and then remain at a high plateau for several hours. Levels then drop sharply to allow for waking. This mimics the healthy, normal circadian rhythm cycles that are linked to restful sleep.

Research in chronobiology has shown that maintaining melatonin cycles is important not just to restful sleep but also to overall health. For this reason, an increasing number of health experts are recommending pulsatile melatonin as the ideal melatonin supplement. It more closely correlates to the natural levels of melatonin in a healthy brain. Maintaining a healthy circadian rhythm is important to health, so pulsatile melatonin supplements are usually the best option.

Dosage and Possible Side Effects 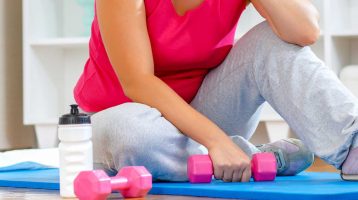