An Intricate Web: The Circadian Rhythm, Sleep Disruptions and Epilepsy

A new study finds that there is a link between sleep disruptions and epilepsy, suggesting that the circadian rhythm affects seizure disorders.

Epilepsy is a disorder of the electrical wiring of the brain in which affected people suffer from seizures, which are temporary losses of consciousness caused by abnormal electrical activity in the brain. 125,000 Americans are diagnosed with this disorder every year, with millions affected. While the medical and cultural understanding of this disease has improved immensely over the past few decades, effectively treating epilepsy remains a challenge for medical professionals. However, new research suggests that epilepsy may be linked to and exacerbated by circadian rhythm disorders, offering new hope for effective treatment.

The Chronobiology of Epilepsy 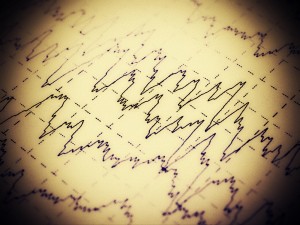 Researchers discovered years ago that seizures caused by epilepsy have 24-hour rhythmicity, which means they tend to occur around the same time every day. The timing of seizures is actually quite predictable among people who have the same forms of the disease. For example, seizures based in the temporal portion of the brain are most likely to occur around noon, while parietally-based seizures are common around 3 a.m.

Is Epilepsy A Circadian Disorder?

Researchers performed genetic testing on children with epilepsy and found a surprising commonality: Lower levels of activity in the CLOCK gene, which is an important regulator of circadian rhythm. Follow-up studies later performed on mice found that mice with a disrupted CLOCK gene had a lower seizure threshold, meaning that these mice require less abnormal stimulus to have seizures. These mice have seizures more often, with lower stimulus needed, and thus have epilepsy that is more difficult to treat. 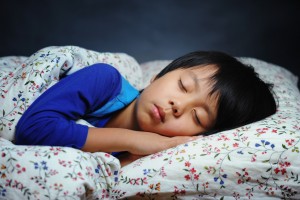 New research in circadian biology is suggesting more and more that epilepsy and sleep disorders are linked, perhaps even caused by the same molecular processes. A new study looking at children with Dravet Syndrome, which is a genetic form of epilepsy that is particularly resistant to treatment, found that sleep disorders are shockingly common among people with certain forms of epilepsy. Almost half of the children studied had trouble falling asleep or staying asleep, and a third had trouble waking up. Many of the children were on sleep medications, which appeared to have little effect.

On further study, it appears that these children are having seizures at night that go unnoticed because they are asleep. Their brains are hyper-aroused at night, leading to more seizures and interfering with sleep. Exploring this link between epilepsy and sleep may help doctors to treat both insomnia and seizures that are characteristic of the syndrome.

Doctors are finding increasingly that chronopharmacology can lead to more effective control of epilepsy. Chronopharmacology, or timing medications according to circadian rhythm, is quickly becoming a standard part of epilepsy treatment. Epilepsy medications have devastating side effects and patients rapidly develop tolerance. Doctors are able to give lower amounts of these medications, reducing both side effects and tolerance, when these drugs are given during the time of day when seizures are likely to occur. In addition, light therapy, melatonin and other treatments that correct circadian rhythm disorders may make epilepsy easier to treat.

Once thought to be a supernatural phenomenon, epilepsy is now better understood while remaining difficult to treat. These new insights into links to circadian rhythm will allow people struggling with this disease to find more effective treatment and hopefully an eventual cure.