The Link Between Circadian Rhythms and Addiction

Studies of drug-seeking behavior in individuals with key gene mutations suggest a link between circadian rhythms and addiction.

Dopamine. Serotonin. Melatonin. Most modern people are familiar with these neurotransmitters, which play a role in the function of almost every cell in our body, especially our sleep cycles. These hormones are not only essential to sleep, mood and cognitive function, but also play a huge role in substance abuse and addiction. A new study suggests that mutations in genes related to the circadian rhythm may be responsible for the link between circadian rhythms and addiction.

The Genes Behind Your Internal Clocks 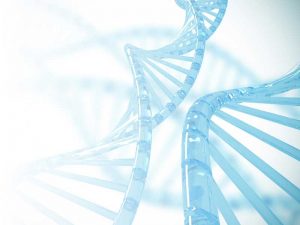 Circadian rhythms and addiction have been linked in several major studies. People who have addictions are more likely to have sleep disorders. The opposite is true as well; those who have circadian rhythm disorders appear to be especially prone to addictive behaviors and substance abuse.

In order to discover more about the nature of this link, chronobiology researchers studied two groups of mice: A set with mutations in the Clock gene and a set with a normally functioning gene. Both groups of mice were given the highly addictive drug cocaine and experienced the expected stimulant effects. However, the group of mice without a functioning Clock gene began displaying odd behavior. They stayed in the area where they had been given cocaine, even when rewards were offered in other areas. They showed a huge preference for cocaine and were willing to forego other rewarding activities for the chance of getting more of the drug.

The only significant difference between the two groups of mice was the Clock gene, suggesting that something about this gene affected pleasure-seeking behavior.

When the brains of the mice were studied, there were several key differences between those with and without a functional Clock gene. Clock-deficient mice had dopamine-producing neurons that fired more frequently, with a resulting higher dopamine level. Dopamine is a key neurotransmitter involved in risk and reward behavior as well as pleasure. These mice had higher dopamine when sober, but also a huge increase when given cocaine. The result was that mice with genetic circadian rhythm disorders got a higher amount of pleasure from cocaine use.

The Clock gene is not the only circadian rhythm gene to have been implemented in addiction. Another study looked at circadian rhythm and alcohol abuse in mice. Mice that had a mutation in the Per gene, another gene related to sleep-wake cycles, were likely to drink more alcohol and also to metabolize it more slowly. Mice with this mutation displayed what would be called binge drinking behavior in a human, while those without a mutation were more likely to drink in moderation.

What Does This Mean for People with Circadian Disorders?

People are not mice, but we have similar genes and behavior in the area of circadian rhythm. Even before these studies, there was ample evidence suggesting that the sleep-wake cycle is linked to addiction. For example, addicts tend to have sleep disturbances long after withdrawal from a drug; the intensity of these disturbances can even predict whether the person will relapse. In addition, there appears to be a 24-hour cycle in drug abuse, with hospitals around the world seeing more overdoses around 6:30 p.m.

A genetic link between dopamine, circadian rhythms and addiction offers potential avenues of prevention and treatment. Treating this newly discovered dopamine imbalance may reduce drug-seeking behavior, while correcting sleep disorders may decrease the chance of relapse. Understanding the sleep-wake cycle, including disorders associated with it, may help many people to achieve a healthy, drug-free life.