Neurotoxins and Sleep: What You Need to Know

While people once believed that sleep was merely a period of inactivity and rest, modern studies in chronobiology have shown that sleep is important for a variety of biochemical processes. A recent study suggests that sleep is even more important than physicians and scientists previously thought, allowing the brain to flush out toxic chemicals that build up over the course of a day.

Neurotoxins and Your Brain

The cells in your brain are busy throughout the day, performing a variety of reactions that create mental function. Unfortunately, many of these processes have toxic byproducts that could be deadly to cells if not removed.

The brain is kept separate from the rest of the body, including one’s blood supply, by a blood-brain barrier. This slows the removal of neurotoxins that can accumulate from the mental activities of wakefulness. These toxins are removed by a slow trickling system called the glymphatic system.

However, new research suggests that the glymphatic system is neither slow nor trickling during sleep. In a recent study, researchers found that the brain changes structurally at night to allow fast and thorough glymphatic cleaning.

The Glymphatic System During Sleep 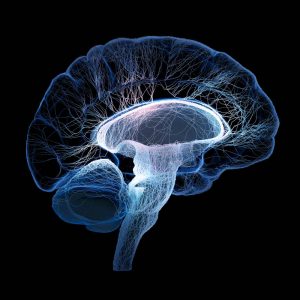 In this study, researchers of circadian biology imaged the brains of mice, whose brains are much like ours, during wakefulness and sleep. During sleep, their ventricles, or fluid-filled spaces in the brain, became larger. This has been observed in humans during studies of patients with neurodegenerative syndromes.

Microscopic examination of the mice brains showed that glial cells, which support nerve function, actually shrunk dramatically during sleep. This allowed for cerebrospinal fluid to flush the brain thoroughly and quickly, removing accumulated neurotoxins from the day. In fact, the scientists who imaged the brains of mice showed that the glymphatic system became 10-times more active when the mice were asleep.

Why Flush the Brain at Night?

This leads to an important question: Why does this occur during sleep? Flushing neurotoxins from the brain is essential to preventing cell damage, so shouldn’t it occur all the time?

While there is no confirmation in studies (yet), researchers of chronobiology have a hypothesis about why this essential process is sped up during sleep. Dr. Nedergaard, the head of this recently published study, speculates that the brain uses a great deal of energy to flush itself and pump neurotoxins across the blood-brain barrier for excretion. During the day, all energy is expended in mental functions, leaving no energy for cleaning. The same way many buildings are cleaned at night when they are not used as heavily, the brain has to reserve cleaning for times when it won’t interfere with other functions.

The Blood-Brain Barrier and Insomnia

Not only might insomnia interfere with routine cleaning of the brain, it may actually cause toxic chemicals to be imported into the brain. Another recent study found that the connections from blood vessels that protect the brain from toxic metabolites in the bloodstream actually begin to breakdown when animals are chronically sleep deprived.

Researchers in this study induced insomnia on research animals and carefully studied the physiology of their brains. The blood vessels began to separate, suggesting the barrier between brain and body was weakening. When brain cells of these animals were examined under a microscope, they had developed vesicles, or storage units, of toxic metabolites from the body. Increased amounts of toxin storage are linked to diseases such as Parkinson disease.

When storing these chemicals becomes too tedious, cells may become excited and overreact to stimulus, which interferes with function. In some cases, these brain cells may even die. The increased permeability of the brain is also a concern because many drugs are given with the assumption that they do not cross the blood-brain barrier. If they are crossing this barrier in patients who suffer from insomnia, they may have negative effects on brain tissue and function. 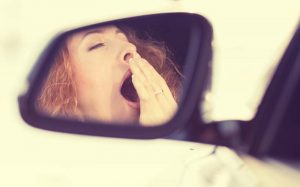 Unfortunately, this is not positive news for many modern people. Technology has made it possible for us to be awake much of the time, while the stresses of contemporary life discourage healthy sleep habits. This study suggests that a lack of quality sleep may lead to a gradual accumulation of neurotoxins that can do long-term damage to brain tissues. In fact, neurotoxin exposure has been linked to degenerative diseases such as Alzheimer’s disease. New circadian biology studies will be performed in the future to determine whether and how much sleep deprivation contributes to degenerative brain disease.

While the relationship between neurotoxins and sleep is still being studied, these studies suggest that sleep is a very important part of protecting the brain. Not only does the brain appear to need sleep to clean itself, insomnia can increase exposure to toxic metabolites from other parts of the body. Maintaining a healthy circadian rhythm with adequate amounts of high-quality sleep may be a possible way of protecting oneself from the dangerous effects of neurotoxins.