Internal Clocks for Humans and Fish 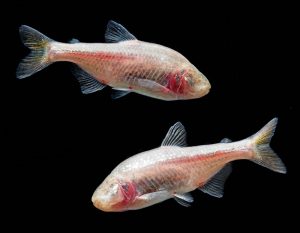 The lives of humans are regulated by their circadian rhythms, or 24-hour cycles. This rhythm affects all life forms, but have you stopped to consider a life without this clock? Recently, researchers in the Department of Biology at Lund University in Sweden have studied one species that has eliminated the need for its internal clock in order to conserve energy. However, you will only find them swimming in dark caves because they are a species of fish. While most recognize tetra fish because they are a common fish in pet stores, biologists Damian Moran, Rowan Softley and Eric J. Warrant have studied their blind counterparts, the Mexican tetra fish. These fish, known by their scientific name Astyanax Mexicanus and also called the Blind Cave Fish, are native to the Nearctic ecozone and can be found in certain rivers in Texas and central and eastern areas of Mexico. In an attempt to fill in the gap about how the Mexican tetra has adapted to its new habitat, the biologists at Lund University focused specifically on how they expend energy in comparison to their surface swimming form.

Over time, evolution has created a new form of the tetra fish. The Mexican tetra fish lives in dark caves, lacks eyes and is albino because of a lack of pigment in the skin. Evolution has changed the way this fish moves as well. With no sight, the Mexican tetra has lateral lines on its body that are sensitive to changes in water pressure. The pitch-black habitat has enabled the fish to give up its circadian rhythm. This rhythm is typical of the surface dwelling tetra. However, the Mexican tetra has evolved to no longer need this internal clock. The Mexican tetra fish lives its life somewhere between slumber and being fully awake. Its lack of circadian rhythm allows this fish to conserve more energy than its counterpart.

A Study in Chronobiology 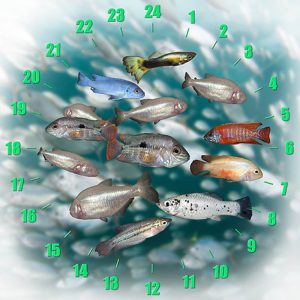 Chronobiology studies the natural physiological rhythms that occur within each living organism. Moran, Softley and Warrant used this type of study to observe the Mexican tetra and discover its lack of a circadian rhythm.

Prior to this study, information existed about how the Mexican tetra has adapted to its environment and is capable of finding food even with its lack of sight. However, little information was available about the differences in their physiology and use of energy compared to the surface-dwelling tetra. The three biologists also discovered that previous studies did not take into account the importance of light on the metabolic rate of the fish. During their study, the biologists measured the energy consumption of both forms of fish by creating a channel of water to regulate swimming speeds. This process was observed under cycles of light and dark and also in complete darkness to see if their metabolic rate was controlled by their circadian rhythms. The sample included 31 fish and they collected 9401 measurements of oxygen consumption. The metabolic rates of both fish decreased as they underwent changes in conditions. Based on the information from their samples, the biologists discovered the surface form’s oxygen and metabolic levels were increased during the daytime, and the Mexican fish levels tended to stay the same for both daytime and nighttime.

During the periods of darkness, the surface dwelling fish’s metabolism decreased in order to preserve energy needed for the daytime. The blind cave fish did not experience the same daytime increase in oxygen consumption. Its metabolism remained unchanged regardless of the day/night cycle. Because of this difference, the Mexican tetra saves 27 percent more energy than its counterpart. Also, when the surface-dwelling form was put in the same darkness, they used 38 percent more of their energy in the same environment. The results led the biologists to believe that the possession of eyesight by the surface fish did not affect the energy expenditure, but rather, it was the lack of circadian rhythm in the Mexican tetra that explained their lower use of energy. Evolution has given the blind Mexican tetra a way to adapt to its environment in the pitch-black caves.

What this Information Means for Other Species

Little research exists on activity-controlled metabolic rate studies. For most of the research out there, it wasn’t possible for the animal to have its activity set to one level for several days. For animals with circadian patterns in their activity level, locating food and ingestion, their circadian clock allows for them to foresee metabolic reactions and respond in a more productive way. The Mexican tetra was using an energy saving approach in its habitat where food is limited. This study allowed the biologists to look further into the relationship between energy metabolism and the circadian rhythm. This study gives us more insight into what a life without a day/night circadian rhythm could look like. The more we learn about circadian rhythms, hopefully, the closer we get to using that knowledge to battle disruptions in the body that lead to sickness and disease in animals and humans alike. 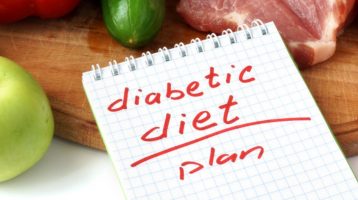 A great deal has been written about the effects of diet and other lifestyle factors on dia... [Read More][weiterlesen] 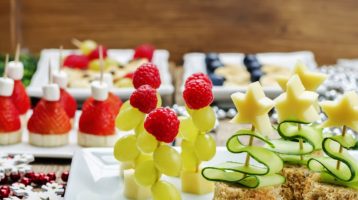 The winter holidays are a time of togetherness, giving -- and lots of food. Although we te... [Read More][weiterlesen] 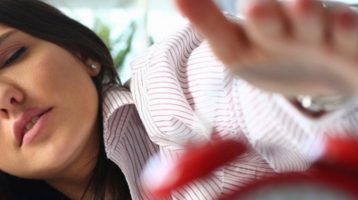 7 Surprising Health Dangers of Not Getting Enough Sleep

If you are feeling tired today, you are not alone; several scientific studies have found t... [Read More][weiterlesen]