Teenagers Need More Sleep! So Why Are They Getting Less?

While teens think of themselves as adults, they actually have very special needs. Their bodies and hormones are changing rapidly as they go through final growth spurts and finish puberty. Most teens need nine to 10 hours of sleep a night, but most are not getting that. So if American teenagers need more sleep, why aren’t they getting enough?

Circadian rhythms are one of the many things that change during puberty. A circadian rhythm is a 24-hour clock that controls your various cycles. These cycles are very important for a variety of functions, but especially for sleep-wake cycles. One of the major changes is that circadian rhythms controlled by the suprachiasmatic nucleus of the brain undergo a sleep-phase delay in puberty. Children and older adults have internal clocks set to release melatonin and make them sleepy in the evening, around 8 or 9 p.m. This shifts to 10 or 11 p.m. in puberty. The result is that teens fall asleep later and then must wake up later to get a healthy amount of sleep. There are several reasons that this is not possible or feasible for many teens. 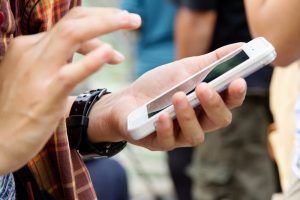 If you know a teenager, then you know about the high amount of screen time in modern adolescents. Smartphones, tablets, computers and televisions are a constant in most teens’ lives. Western teens practically live in front of a screen.

How does this affect these adolescents? According to a 2012 study published in the medical journal BMJ Open, teens who have a high amount of screen time get much less sleep. Those who are in front of a device for four hours a day or more are more than three times as likely to get less than five hours of sleep every night. In addition, these teens were more likely to need more than an hour to fall asleep.

With technology becoming increasingly ubiquitous, we may see teens getting less sleep than ever. This is a negative change for their physical and emotional health.

If a teen is biologically programmed to go to sleep later, then they need to rise later to meet their minimum physical needs. However, most high schools do not take this need into account. The American Academy of Pediatrics issued a statement that early school start times are actually bad for the health of children and teens, leading to more car accidents, poor eating habits, lowered ability to learn information and depression.

The statement asked that schools start at 8:30 a.m. or later. However, only 14 percent of schools comply with this. The result is a nation of teenagers who are unable to sleep according to their natural clocks. 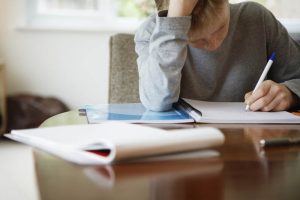 In addition to having an unfavorable amount of screen time and unreasonably early school schedules, many teens also suffer from lack of sleep due to the demands of their lives. We tend to think of childhood as a carefree time, but this is not true of many teenagers. In addition to going to school all day, they come home to a variety of extracurricular activities and homework. Teenagers often have daily schedules that are filled from early morning until night.

This pace would be grueling and stressful for an adult, but it is even more so for a growing adolescent. In addition, the stress combined with the lack of sleep can cause disturbances in the teen’s circadian rhythm. This affects more than just sleep. We are only beginning to discover the effects of disturbed biological rhythms, but we know that the body’s internal clocks affect learning, metabolism, mood and more. Disturbing the body’s natural diurnal rhythm during formative years may have lifelong health effects.

Is Your Teen Getting Enough Sleep?

There are a few ways to tell if your teen is getting the sleep they need. If your teen is difficult to wake or appears to be over-tired in the afternoon, they likely need more sleep. If they drop off to sleep easily during the day or need to “catch up” on sleep over the weekend, these are also signs that their quantity of sleep is lacking. In addition, many teens who are not getting enough sleep will show signs of ADHD such as poor attention span and a drop in grades.

Allowing teens to get enough sleep is essential to their health and well-being. However, at an age where they need more sleep than ever, they are actually getting less. Helping a teenager to learn good sleep hygiene and sleep habits is a gift that will last a lifetime.