A Disrupted Circadian Rhythm Affects Both the Body and the Brain

Do you feel sleepy even after an adequate amount of sleep? Do you feel fuzzy and dull throughout your day? If you are having trouble functioning and feel like your health is just “off,” your circadian rhythm could be the issue. According to a new study, a disrupted circadian rhythm can have negative effects on both your body and brain, making it difficult to keep up with the fast pace of modern life. 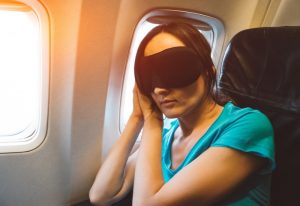 Circadian rhythm disorders are common, affecting millions of people all over the globe. As life becomes more fast-paced, an increasing number of people are unable to keep a stable sleep-wake cycle.

Many careers now require travel and working at odd hours, which can cause a condition called jet lag. This disorder occurs when a person’s schedule or time zone changes, leaving their environment out of sync with their internal clocks Although most people associate this disorder with fatigue, it also can cause mood disorders, changes in mental function and even make you more susceptible to a variety of serious illnesses including cancer. Although we associate jet lag with traveling, any abrupt changes to your schedule (such as the twice-yearly time changes related to daylight saving time) can cause this disorder.

There are also environmental risks to our circadian rhythms. Many areas of the globe suffer from light pollution, which can disrupt our internal clocks. Some people have jobs or social obligations that keep them from sleeping at the ideal times, a condition called shift work disorder.

What are the consequences of these challenges to our circadian rhythms? Obviously, people will feel more tired when they cannot get the right quantity and quality of sleep. However, a growing body of research suggests that the effects on our bodies and brains can be much more serious.

Several studies have found links between circadian disorders and a variety of illnesses. People who have disruptions to the circadian rhythm are at heightened risk of cardiovascular disease, diabetes and even certain kinds of cancer.

However, a new study suggests that circadian disorders also can affect your health and well-being on a daily basis. To look at the effects, researchers took two groups of mice. One was put in an environment with a normal 24-hour day. The other group was placed in an artificial environment with ten hours of light and ten hours of darkness alternating. In other words, these mice had disrupted circadian rhythms because they were forced to live on a 20-hour sleep-wake cycle rather than a 24-hour one.

After six weeks, the group with the 20-hour cycle began to show concerning physical changes. They gained weight and become more sluggish than mice with a normal circadian rhythm. They also began to show cognitive changes, performing worse on tests of cognitive function such as mazes. Last, these rodents had changes to their personalities including an increase in impulsive behavior.

Do You Have a Circadian Rhythm Disorder? 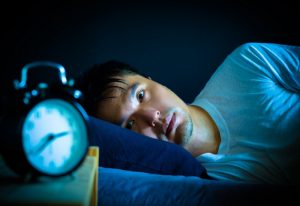 Like mice, humans can have negative changes to bodies and brains when we have a dysregulated circadian rhythm. If you are concerned that your sleep-wake cycle is out of sync, look for the following signs:

If you are suffering from these symptoms, you may have a disordered circadian rhythm. If so, it is time to make changes that will help you to function better on a daily basis as well as protecting you from the serious diseases caused by long-time sleep disturbance.

Getting Your Sleep-Wake Cycles Back on Track

Keeping a stable sleep-wake cycle is one of the most important things you can do for your circadian rhythm and your whole-body health. It is important to go to bed at the same time every night and wake at roughly the same time, even on weekends and days off. In addition, you should make sure that your sleeping area is dark and quiet, without artificial lights or sources of stress and stimulation.

These changes can be difficult to make in a world that seems to demand night-time obligations and early morning awakenings. However, protecting your circadian rhythm is essential to feeling and performing your best for a lifetime.