The link between cancer and a disrupted circadian rhythm has been accepted by medical scientists for years. A new study in chronobiology published recently confirms this connection while offering new insight into the cellular processes that link the two health issues.

Cancer is inherently a disease of the DNA. Our genetic code controls cell proliferation and growth. Mutations in this code allow uncontrolled growth and loss of normal function in abnormal cells. When scientists discovered that CLOCK genes and other genes related to circadian rhythm help to schedule cell growth and reproduction, they immediately suspected a link to cancer. This link has since been confirmed in several studies. However, not enough was known about the relationship between cancer and the circadian rhythm to use this new knowledge in cancer treatment. This is changing as new studies explore how chronobiology is linked to cancer and other deadly diseases.

PASD1: The Protein Behind Cancer?

When genes are “turned on,” they produce proteins. A mutated gene will create abnormal proteins. In some cases, this abnormal protein may contribute to some of the behaviors that make a cell cancerous, including uncontrolled growth. 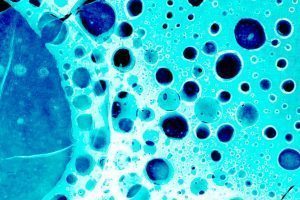 Researchers at UC Santa Cruz identified this protein and determined a link to cancer cells. PASD1 is found in cells that will be dividing and growing rapidly, including germ cells, stem cells and cancer cells. While it is not found in all cancer cells, it indeed is linked to many common cancers such as melanoma and breast cancer. PASD1 appears to silence the circadian rhythm in cells that have this protein, allowing constant rather than scheduled growth. This allows tumors and other cancerous growths to grow much more quickly than normal cells.

This new discovery offers a new pathway for cancer treatment for tumors that are expressing the PASD1 protein. By using medications that interfered with the production of PASD1 proteins, researchers were able to turn the circadian rhythm back on. This slowed tumor growth immensely. While this treatment is not a complete cure for cancer, it may help to slow tumor growth when used along with other cancer treatments. The researchers behind this study note that living outside one’s natural daily cycle is not healthy, whether you are a human or a mere cell. These internal clocks are essential to good health and function.

Researchers at UC Santa Cruz hope to continue studying proteins made in cancer cells and explore how these proteins affect the circadian rhythm in those cells. Many of the most successful modern cancer treatments are based on attacking the DNA expression of cancer cells. Understanding the link between cancer and circadian rhythm will allow new treatments that stop cancer growth and restore health.