Although researchers are still in the dark about why misaligned circadian rhythms can pose such a threat to the long-term well-being of individuals who experience prolonged or recurring disrupted sleep-wake cycles, science is continually showing that it is an important factor in a number of maladies. For women, disrupted circadian rhythms can even result in an increased breast cancer risk.

While scientists are still working to unravel all the questions about how circadian rhythms affect cancer cells, some new studies are shining light on the subject like never before.

One of the major culprits in the whole dilemma is artificial light. While scientists still don’t understand everything about how light and melatonin interact, their knowledge is increasing. According to Russell Foster, Ph.D, of London’s Imperial College School of Medicine: 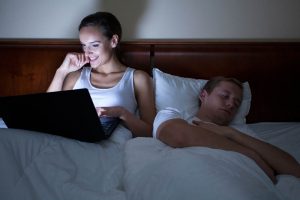 “It is not vision, but rather some other phototransduction system in the retina that causes suppression of melatonin in response to light.”

Scientists have discovered that regular bright light at night can suppress melatonin production. Melatonin not only inhibits cancer growth, but studies suggest it also increases estrogen production while limiting estrogen receptivity. It’s suppression can push the body out of balance hormonally.

Doctors have known that hormone imbalance can easily tip the scales toward breast cancer in a big way. Understanding the mechanisms by which those hormones become imbalanced is imperative to any program for prevention, and this new information can provide women with practical advice. By sticking to normal daylight hours and avoiding careers that require long hours spent under artificial lights while the body is screaming for sleep, women can have a much greater chance of avoiding breast cancer.

How We Know Artificial Light Is the Culprit

One piece of evidence that artificial light is guilty of introducing the circadian imbalance is that blind women have a marked advantage when it comes to avoiding breast cancer. According to NIH conference chair and cancer epidemiologist Richard Stevens, Ph.D.: 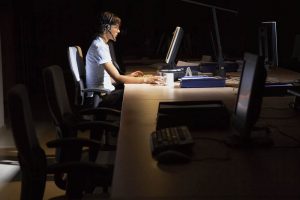 Stevens and his colleagues have recently announced their findings that prove that the more visually impaired a woman is, the less likely she is to ever be diagnosed with cancer. This research, paired with the discovery that women who often work the night shift have a considerably higher breast cancer incidence, suggests to scientists that the melatonin suppression is a result of exposure to artificial light in the middle of the night.

While women in careers like flight attendants typically face a higher breast cancer incidence than other first shift workers, blind and visually impaired individuals enjoy a 15 percent decrease in cancer occurrence. Although the reasons for this aren’t completely understood, a misaligned circadian rhythm caused by the incidence of light at the wrong times has an impact, and scientists are working hard to understand the links more fully.

For women who are interested in preventing breast cancer, the obvious choice should be to stick to daylight hours and avoid bright lights in the middle of the night. While many women might assume they are out of danger since they don’t work the night shift, they should be equally careful to avoid staying up too late checking their phones or watching TV, since artificial light of many kinds can suppress the melatonin that protects their bodies and keeps their hormone levels stable.

As more emphasis is placed on understanding chronobiology and how the human body is affected by circadian rhythms, it is likely that many other health maladies that have troubled individuals for decades will prove to have a link in circadian biology. It shows that the ancients were right when they said, “To everything there is a season, and a time to every purpose under the heaven.”