Although rheumatoid arthritis causes pain and stiffness for millions of people, modern medicine has few answers. Doctors have little idea of who will get this disease and also few options for treatment. There are currently several medications, such as methotrexate and NSAIDS, that can treat this autoimmune disease by suppressing the immune system. However, these depress the immune system, have serious side effects and are not always effective. New research on chronobiology in rheumatoid arthritis may offer new treatments and even an eventual cure for this painful illness.

What Is Rheumatoid Arthritis? 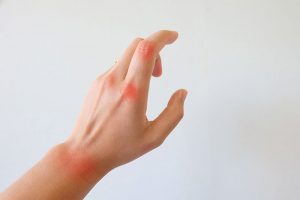 Rheumatoid arthritis, or RA, is a common autoimmune disorder that affects around one out of one hundred Americans. With RA, people suffer from inflammation of the joints and other tissues in the body. Although the wrists, hands and fingers are most commonly affected, any tissues can become the victim of an autoimmune attack. Joints, skin and even organs such as the eyes or lungs can be affected. In addition to pain and swelling in joints, people with rheumatoid arthritis also can suffer fatigue and stiffness.

Like all autoimmune diseases, rheumatoid arthritis is caused by an immune system attack on the body’s tissues. Rheumatoid arthritis antibodies most commonly attack the synovium, or lining of joints, but can attack anywhere in the body. This causes swelling, heat, pain and the release of inflammatory molecules that damage joint tissue. Over time, the damage can have permanent effects, leaving joints and other tissues incapable of normal movement. One of the hallmark signs of rheumatoid arthritis is that symptoms are worse in the early morning and less severe in the afternoon and night. Until recent research, doctors did not understand the mechanism behind this timing.

The Importance of Chronobiology in Rheumatoid Arthritis

Several prior studies have shown that the immune system runs on a distinctive circadian rhythm and also adheres to other biological clocks. According to new studies, these internal clocks may be important in both the development of rheumatoid arthritis and the treatment of this disease. Melatonin and prolactin, released in the evening in preparation for sleep, appear to increase the activity of the immune system. Cortisol, released in the early morning in the hours before awakening, seem to subdue the immune system.

How does this cause the distinctive daily pattern of RA? Researchers have found that the inflammation caused by increased immune activity at night is primarily responsible for the morning stiffness and pain that is distinctive of rheumatoid arthritis. Although cortisol reduces autoimmune activity, it does so slowly enough that autoimmune damage and resulting symptoms are worse in the morning.

Chronobiology may also be important in the development of RA and other autoimmune diseases such as lupus. Several studies have linked sleep deprivation to the development of autoimmune diseases as well as the progression of symptoms. This appears to be due to the production of inflammatory molecules such as cytokines that are instrumental in worsening the damage caused by autoimmune attacks. Cytokine levels are demonstrably higher in people and animals who have been deprived of sleep, even temporarily.

With sleep disorders common in the modern world, this link may explain why autoimmune diseases are becoming more common. There currently are several theories about why an increased number of people are suffering from autoimmune illness. There is a high likelihood that the causes are multifactorial, with sleep deprivation one of several contributing factors. Understanding potential causes may allow people to lower their risk of developing a devastating autoimmune illness. 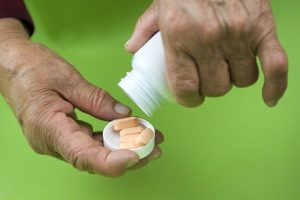 How can this knowledge of the clocks underlying rheumatoid arthritis symptoms be used in treatment? There are several applications that are promising. First, glucocorticoids may be given late at night to supplement early morning cortisol and thus reduce morning symptoms. Giving immune-suppressing medications such as methotrexate and NSAIDs late at night also may be effective, as this will allow them to be most effective at the times when symptoms are the most severe. Simple changes in the times that medications are taken may have a huge effect on both the severity of symptoms and the long-term damage that many patients suffer.

This is not the first time that timing has been found to be crucial in using medications to treat health issues. Blood pressure medication, for example, appears to be most effective when taken at critical points in the day. Similarly, certain diabetes medications work most effectively at controlling blood glucose when taking at certain times of the day. Chronopharmacology has also been shown to be important in cancer therapy. Timing medications and therapies carefully may allow patients to take fewer medications, decrease side effects, and see greater results.

Could timing medications and therapies help to reduce the symptoms and damage associated with rheumatoid arthritis? More study will need to be performed. However, this appears to be a promising avenue of treatment both for rheumatoid arthritis and other autoimmune diseases. Chronobiology and chronopharmacology may soon offer answers to some of the most serious diseases affecting human health and wellness.