New studies in chronobiology are being released and covered in the media every week. In particular, the importance of melatonin levels is discussed frequently. However, many people do not understand the basics of this hormone. Melatonin, or “the mother hormone of chronobiology,” has various effects, the main ones being helping an individual achieve healthy sleep and keeping the internal clock in sync with the 24-hour cycle. 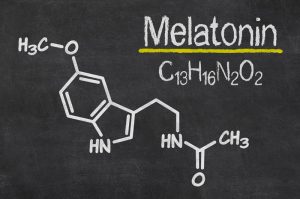 Melatonin is a hormone produced by the pineal gland that governs the sleep-wake cycle. Its production and release into the blood stream are induced in response to darkness, but it is also present in small amounts in food. The amounts naturally present in food are not generally enough to affect biological systems.

When produced by the pineal gland, this hormone controls innate sleep-wake cycles. When the body senses darkness, melatonin levels rise in the bloodstream, peak around midnight, then gradually decline until daybreak when levels drop significantly. Melatonin gives the cue that is time to slow down activities in preparation for sleep and then helps the individual to fall asleep and stay asleep throughout the night. While asleep, the body undergoes a plethora of processes, such as stem cell growth, that need to happen undisturbed. It is very important to overall health to have melatonin levels that facilitate adequate restful sleep.

The Workings of Your Internal Clock

How does darkness encourage melatonin production and thus sleep? Modern studies in circadian biology have identified exactly what mechanisms lead from the sensation of darkness to sleep. Special sensors in the retina of the eye detect light. When light is present, they send nerve signals to the suprachiasmatic nucleus of the hypothalamus, which is a part of the brain. The suprachiasmatic nucleus, or SCN, is known as the “master clock” and helps govern many of our body’s rhythms in accordance with the 24-hour cycle.

When stimulated by light, the SCN sends signals that keep the pineal gland from releasing melatonin in large quantities. For this reason, melatonin levels during sunlight hours are so low that they are barely detectable in healthy people. However, once the light is no longer sensed, the pineal gland becomes active and releases melatonin. Melatonin production and release occurs for about 12 hours and then cease when light is sensed once again. 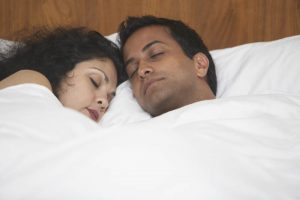 Melatonin is called “the vampire hormone” because of its strong presence only during hours of the night. In fact, taking melatonin supplements can make even well-rested people feel sleepier. Not only does melatonin make people sleepy at night, it also discourages the production of cortisol and other hormones that encourage activity and wakefulness. Melatonin acts a signal to the brain that it is time to shift from wakefulness to sleep.

The importance of melatonin to both restful sleep and overall health is the subject of many studies in chronobiology. In fact, there is a field called chronopharmacology that exclusively studies how supplements and medications affect and are affected by our circadian rhythm. Melatonin is currently the most studied hormone in chronopharmacology because of its important role in sleep cycles.

Many health disorders may be related to an imbalance of melatonin. For example, seasonal affective disorder is usually related to melatonin being produced either earlier or later in the day due to more diffuse light in cold weather months. In addition, many elderly people suffer a slow drop in melatonin levels that leads to insomnia and trouble staying asleep. For people who suffer from low melatonin, taking a supplement may improve their health and their overall quality of life.

When the body does not get enough sleep, or when sleep does not occur at night, cells cannot undergo the many repair processes that normally occur during this time period. This is suspected to be a contributing factor to depression, heart disease, cancer and a wide variety of health problems.

Researchers in chronopharmacology, or the study of how drugs and supplements interact with circadian rhythms, are finding that a wide variety of symptoms and disorders can be treated or alleviated by taking a melatonin supplement at the correct time of night.

Melatonin is important to healthy sleep, which is crucial to good overall health. Studies in chronobiology are proving just how important it is to maintain healthy sleep habits. While modern life is not conducive to good sleep, our internal clocks dictate so many vital processes that we cannot ignore them without serious health consequences. Maintaining healthy nighttime melatonin levels is an important factor in emotional and physical health.