Autism spectrum disorders affect a large and growing percentage of children in the Western world. One major health problem associated with autism is circadian sleep disorders.

Around 60 to 80 percent of children on the autism spectrum have a circadian sleep disorder. Some have trouble falling asleep while others have problems remaining asleep. This can cause immense problems for families, as these children need to be constantly supervised while awake. The children suffer physically and behaviorally from lack of sleep while the parents find it harder to deal with the unique challenges of a special needs child while sleep deprived. 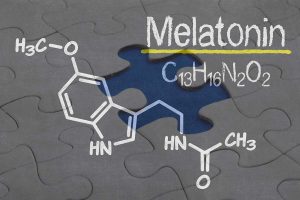 Melatonin is a major hormone associated with sleep, produced in the pineal gland in response to darkness. Low melatonin has long been reported in people with autism. One genetic mutation, in the ASMT gene, was found by chronobiology researchers to be common in individuals with autism.

This gene codes for melatonin synthesis, which explains the higher rates of low melatonin in this population. Because melatonin is believed to affect not just sleep, but several aspects of human behavior as well, this is a significant advancement in the fight to identify and treat causes of autism spectrum disorder.

A New Genetic Basis of Sleep Disorders in Autism

New research suggests that there are other firm genetic basis for sleep disorders in children with autism spectrum disorder. Researchers sequenced genes associated with circadian rhythm in autistic children and adults. They found that 15 of these critical genes had mutations, and that seven of these mutations made a fundamental difference in proteins related to sleep cycles.

Altogether, the group of people with autism showed twice as many mutations as people who do not fall on the spectrum. This was true even of autistic people who did not have a sleep disorder. These mutations may be a cause not just of sleep disorders, but of autism itself.

Interestingly, many of the parents of children on the autism spectrum had these same mutations despite not having autism. Researchers have long suspected a genetic basis for autism spectrum disorders; this may be an important lead.

A New Avenue for Chronobiology Research

Researchers in chronobiology have long searched for a biological basis for sleep disorders in autistic individuals, so this is exciting news. While the exact relationship between these genes and other autism spectrum disorder symptoms is unknown, this opens up new avenues for research. The effects of these genetic mutations may reach far beyond sleep disorders.

Future Treatments for Circadian Sleep Disorders in People with Autism 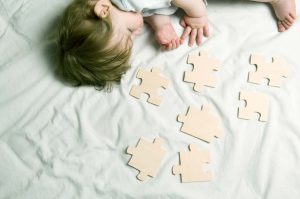 Due to the importance of melatonin in helping people fall and remain asleep, melatonin supplementation may be the answer to many autism-related sleep woes. Researchers in the field of chronobiology found that low doses of melatonin helped to resolve many sleep disorders in children with autism. No side effects were reported, but sleep significantly improved. Children as young as age four were found to benefit from melatonin therapy.

While researchers are far from discovering a cure for autism, these discoveries offer hope for people with autism and the loved ones who care for them. In addition, the link between autism and these newly discovered gene mutations will give circadian biology researchers a new area to examine for insight into this common neurological disorder.