Do You Have a Circadian Sleep Disorder?

Many of us have experienced the havoc resulting from a change in one’s circadian rhythm. Even healthy people have to occasionally change their sleep patterns thanks to daylight saving time or traveling. However, some people have circadian sleep disorders that prevent them from getting good sleep at normal times. These disorders may leave them feeling exhausted and jet-lagged all the time.

What is a Circadian Sleep Disorder?

A circadian rhythm is a 24-hour clock in the human body that governs everything from sleep to DNA repair. These clocks are essential to good health because they ensure that processes happen at the best time for them to occur. In fact, there is a field of biology called chronobiology that focuses on studying these clocks and their effects on health.

When a person’s circadian rhythm is thrown off, they suffer not just from fatigue, insomnia and sleep-related disorders, but a variety of other health problems.

There are a few different kinds of circadian sleep disorders. Some are caused by external influences such as shift work or travel to another time zone, while others are caused by dysfunction in the areas of the brain that set circadian clocks. 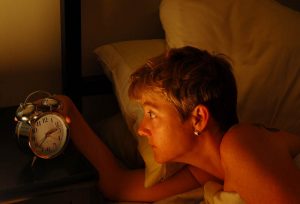 • Jet lag, also called desynchronosis, is when a body’s circadian rhythm is not aligned to that of their area. It is called jet lag because most people suffer from this after a plane ride that takes them quickly through time zones. Most people will suffer fatigue, difficulty performing complex tasks, depression and difficulty sleeping, but they recover in a few days.

• Shift work disorder is seen mainly in people who work early mornings, evenings or nights. These people may have difficulty getting quality sleep because their sleep cycles don’t match the circadian rhythm that their brain sets according to light and dark cues. People who suffer from this will have the same symptoms as those who have jet lag, but they will experience them for a long time period.

• Delayed sleep phase syndrome is a disorder in which a person’s internal clock is set so that they cannot fall asleep until far later than most people. These people are unable to sleep until late night or early morning hours, which makes it difficult for them to carry out normal life tasks that occur during the day.

• Non-24-hour sleep-wake disorder is a disorder in which people have a circadian rhythm that does not run on 24-hour cycles, but rather 25-26 hour cycles in most cases. These people go to sleep progressively later and thus awaken progressively later. The lack of a defined 24-hour routine can make it difficult for them to go to school, have a career or manage relationships and families. 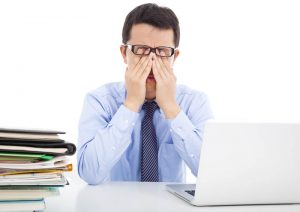 Researchers now know enough about circadian biology to understand some of the effects of circadian sleep disorders. There are the expected effects of fatigue, insomnia and sleep disturbance. However, most people with these disorders also suffer from changes in appetite, weight gain, inability to remain alert, loss of cognitive function and memory as well as hormonal disturbances. These people also may be more likely to develop cardiac disease and a wide variety of serious health problems.

In addition to causing health problems, circadian sleep disorders can also have devastating effects on lives. People are often unable to function well during the times when they are supposed to be working and doing other tasks.

Can a Circadian Sleep Disorder Be Treated?

These disorders cannot be cured, but there are an increasing number of treatments that are helping people to achieve more normal sleep patterns and reduce other health effects. There are several medications available. Many doctors recommend taking melatonin 30 minutes before one’s expected bedtime and then taking a stimulant such as caffeine to increase alertness during the day. In addition, the FDA recently approved a melatonin receptor agonist called tasimelteon or Hetlioz to treat non-24-hour sleep-wake disorder in people who are completely blind.

There are lifestyle and nonmedication treatments that may help people with circadian sleep disorders. Many people use bright light during the day and then wear blue-blocking goggles before bed that help to increase melatonin production.

Circadian sleep disorders can be devastating to a person’s health and life. However, new studies in chronobiology are helping doctors to develop new means of dealing with and treating these disorders.