Blood Glucose and Your Internal Clock

Have you heard popular advice to avoid eating at night? Have you ever been told that eating a large breakfast can actually help weight loss? Many links between internal clocks and the endocrine system have been revealed in several recently published studies in chronobiology. Some of the most recent research suggests that blood glucose levels are inseparably connected to our circadian rhythm and become destabilized when one’s natural 24-hour clock is out of sync.

Blood Glucose and the Circadian Rhythm 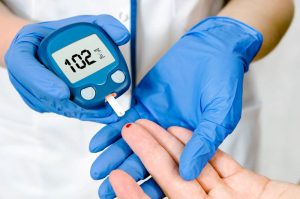 Endocrinologists and other health professionals who work with diabetic patients have long been aware that blood glucose levels vary with the time of day, even independently of eating habits and insulin use. Many people with diabetes experience what is known as a dawn phenomenon, in which the liver releases large amounts of glucose into the bloodstream just before dawn. The blood sugar can be as much as is contained in two cans of regular soda. This can cause problems for people with diabetes that is difficult to manage. In addition, diabetics are advised not to eat high carb meals late at night, as this often causes higher blood glucose levels than the same foods would cause at other times of the day.

The possibility of a link between the circadian rhythm and blood glucose levels was further explored in a 2014 study finding that shift workers have heightened risk for diabetes compared to the population. However, the exact biochemical cause of this link was unknown. A new study in chronobiology has connected the dots, showing that blood glucose levels and insulin resistance both are subject to an internal 24-hour clock. Working evening and night shifts disrupts one’s circadian rhythm, throwing one’s behaviors out of sync with hormone levels that are time dependent. This can give rise to a wide range of health issues, including cancer, heart disease and diabetes. 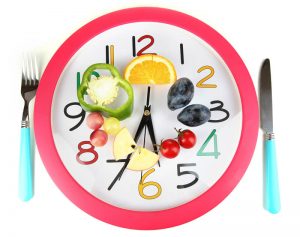 In this recent study, a group of people lived under laboratory conditions that were rigidly controlled. Their diets and time spent sleeping were kept identical. However, schedules were modified to see their effect on health when all other factors are the same.

It’s Not Just What You Eat, But When

This new information offers a possible explanation for the fact that shift workers are more likely to develop diabetes. Breakfasts are higher in carb content than dinners in the Western world; eating this type of meal in the evening can lead to sustained blood sugar fluctuations that eventually cause insulin resistance. When people live lives that are not attuned with the natural rhythm of their endocrine system, blood glucose levels may become unstable enough to contribute to the development of diabetes. This is likely the cause of higher levels of diabetes in shift workers. 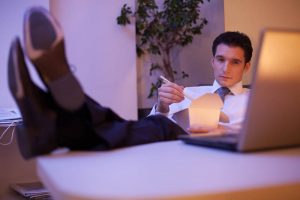 In addition, this explains why shift workers often have a more difficult time managing diabetes and are more likely to be obese. A discrepancy between actual lifestyle and the body’s natural rhythms, called circadian misalignment, can be devastating to health.

This new information does not apply only to shift workers. Many people lead busy lives in which their circadian rhythm is an afterthought. The increase in obesity, metabolic syndrome and type 2 diabetes may be linked to widespread circadian misalignment.

The Future of a Diet Based on Chronobiology

The challenges of modern life are not going to disappear, but they can be managed to be in better alignment with our circadian rhythm. For example, higher carb meals can be eaten in midday rather than at night and thus have less effect on blood glucose. Shift workers and other people who cannot sleep at normal hours can use light therapy and melatonin supplementation to align their circadian rhythm with the rhythm of their life and eating habits. In fact, medical professionals are already holding research trials to determine whether scheduling food intake at certain times may have immense positive health effects even for people who work a normal day shift.

Our internal clocks clearly are linked to blood glucose levels and the many diseases associated with uncontrolled blood glucose. Modern people will certainly benefit from knowing how they can make simple lifestyle changes to improve their overall health.