Digestive Disorders and Your Internal Clock

Chronobiology is one of the most studied topics in modern medicine. It is no surprise that research is finding new links between the body’s internal clock and health almost every day. However, even medical scientists and physicians may be surprised by the latest findings that link circadian rhythms and common gastrointestinal diseases.

Internal clocks exist mainly to align biological processes with our sleep-wake cycle and to prepare our body for events likely to happen at certain times of the day. The retinas of our eyes sense light and pass a signal to the suprachiasmatic nucleus of our brains, which in turn dictates a variety of hormonal processes and physiological activities. We now know that around 10 percent of our genes fluctuate in activity according to the time of day, including many involved in the health and function of the digestive tract.

The Chronobiology of Eating and Digestion 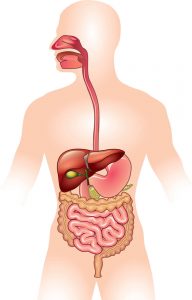 Many of the hormones associated with eating behavior and digestion, such as ghrelin, insulin and leptin, are released periodically throughout a 24-hour period. However, in the absence of light, these hormonal cycles cease. Instead of hormones being released when a person is awake and needs to eat, they are released randomly. Because these hormones can be destructive without food in the stomach, thus causing extra stomach acid to be produced, this may be an underlying factor in many types of gastrointestinal disease and nutritional disorders.

The lack of hormonal regulation along with the alternating cycles of autonomic activity may result in digestive disorders. This may partially explain why shift workers and people with circadian sleep disorders are more likely to have metabolic disturbances such as type 2 diabetes and also to be obese.

When the Circadian Rhythm Goes Awry

Recent studies in circadian biology show a link between disrupted sleep cycles and common gut disorders such as IBS, or irritable bowel syndrome. There are several factors that may explain this. First, stomach acid is released in higher amounts when stimulated by parasympathetic activity. Disruption in the natural REM and non-REM sleep cycles can prevent stomach acid from being released when needed to digest food, which leads to lowered nutrient absorption and malnutrition. 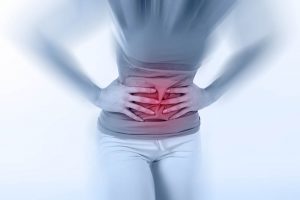 At the other extreme, people who have these sleep cycles disrupted may instead find that they over-produce acid and thus must live with gastrointestinal reflux or ulcers of the upper digestive tract. In fact, disruptions in sleep-wake cycles have been proven in recent studies in circadian biology to lead to reflux and the accompanying mucosal damage as well as peptic ulcers.

Irritable bowel syndrome is another disease that is now known to have a link to disrupted circadian rhythms, or roughly 24-hour cycles. People who have diarrhea-predominant IBS have very different autonomic activity from the physiological normal while sleeping. This disrupted rhythm can have devastating effects on digestion.

A New Approach to Gastrointestinal Disorders

The hope behind all of these chronobiology studies is that discovering the connections between the circadian rhythm and health may lead to better diagnosis and treatment. For example, people who work odd shifts could be screened more carefully for gastroesophageal reflux in hopes of finding the disorder because it damages the mucosa. In addition, people with IBS may in the future find that they are prescribed melatonin and light therapy to correct their sleep disturbances, in addition to the medications now currently available.

There are still many studies looking at the biomolecular link between the sleep-wake cycle and common digestive tract disorders. However, the connection between the two appears to be clear. If you don’t get enough high-quality sleep, you are at higher risk for developing a gastrointestinal disorder. 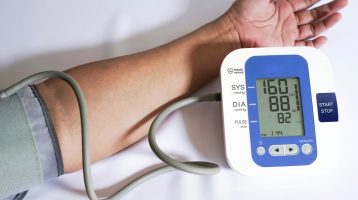