The circadian rhythm is a subject of many studies, yet it remains a mystery in many ways. While scientists have identified many of the cell proteins involved in circadian rhythm and several genes that contribute to a healthy rhythm, the “master clock” gene remained elusive. However, a recent chronobiology study on rats indicates that the Zfhx3, or Zinc Finger Homeobox 3, gene may be the master gene that dictates this important biological rhythm.

The Circadian Clock Ticks On

The circadian rhythm dictates not just sleep-wake cycles, but a variety of vital health processes such as DNA repair. There are many environmental cues, or zeitgebers, that influence this internal clock. These include temperature and light. Light is a particularly important zeitgeber. Our retinas sense light levels and intensity and pass this information on to the suprachiasmatic nucleus of the brain, which then tells different glands to produce melatonin, cortisol and other hormones associated with sleep and wakefulness.

The circadian rhythm is almost impossible to change, and we disrupt it only with dire health consequences. The stubbornness of our internal 24-hour clock is a major health issue for modern people, who often have schedules that interfere with getting a good night’s sleep. In addition, people who have disorders of the circadian rhythm often find there is no cure, but merely treatments that can help make their lives a little less difficult.

When Your Circadian Rhythm Is Disrupted 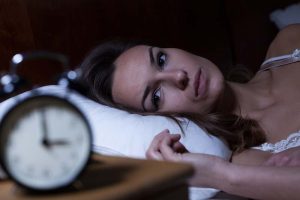 One notable example of a modern schedule that interferes with one’s circadian rhythm is shift work. Millions of people work an evening or night shift, to the detriment of their health. Many shift workers fail to adjust completely to this unnatural schedule and suffer disordered sleep and fatigue. In addition, they have a higher rate of diabetes, obesity, heart disease and a variety of health issues. Shift work has even been called a carcinogen by many major health organizations including the World Health Organization. The human body never truly adapts to working at times that don’t align with its internal clock.

Delayed sleep phase disorder is another case where the inflexible circadian rhythm can lead to health problems. People who have this disorder have difficulty sleeping until very late at night, which leads to trouble waking in the morning. While there are treatments, such as melatonin supplements and special diets that can help this disorder, it remains a lifelong struggle for people who suffer from it. The circadian clock cannot be simply turned back.

Rats have a similar circadian rhythm to humans, and also can suffer from circadian sleep disorders. For this reason, rats are often the subjects of chronobiology research. In this case, we may have identified the gene behind the circadian rhythm by sequencing the genome of rats who have non-24 hour sleep disorders, a disease that also occurs in humans.

Rats, like most mammals, also have a variety of internal clocks, including a circadian, or 24-hour, clock. In order to better understand the circadian rhythm, researchers took a group of rats who had non-24 hour sleep-wake cycles and studied their brains as well as their DNA. These rats all had a “short circuit” in their circadian rhythm that caused them to have shorter sleep-wake cycles than the normal 24-hours. They lived out of sync with natural light-dark cycles, sleeping and being active at constantly changing times of day.

Genomic sequencing revealed the one genetic mutation that all of these rats had in common was a particular mutation in the Zfhx3 gene. In addition, further testing of brain tissue showed that the rats all lacked certain neurotransmitters that relay information between the suprachiasmatic nucleus and the pineal gland which secretes melatonin.

Zfhx3: The Workings of Your Internal Clock 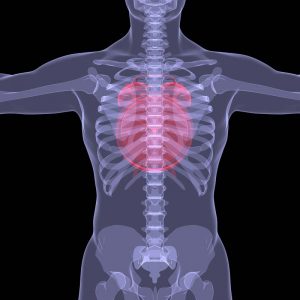 This mutation in the Zfhx3 gene appears to stop the suprachiasmatic nucleus from communicating with the pineal gland by stopping production of neurotransmitters that relay messages. However, this is not the first time Zfhx3 has been implicated in disease. Mutations in this gene have been tied to a diverse range of diseases including cardiovascular disorders and schizophrenia. In turn, these disorders have all been tied to disruptions of the circadian rhythm. Zfhx3, and the disrupted circadian rhythm caused by a mutation in this gene, may be the factor connecting a variety of seemingly unrelated health problems that are nonetheless correlated. 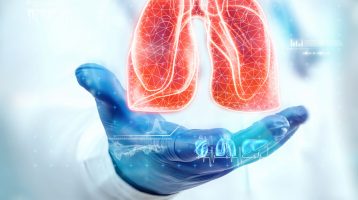 A healthy circadian rhythm is a key element of overall health and well-being. Our bodies a... [Read More][weiterlesen]