The Circadian Rhythm and its Role in Early Development

Winding Up Your Internal Clock

As with all clocks, your internal clocks have to be “set” before they can keep time effectively. The circadian rhythm, which is our internal 24-hour clock, is set by the presence or absence of light. Our eyes perceive light and pass messages to the brain telling it that it is time to wake up and be alert. On the other hand, in the absence of light our bodies produce melatonin, a biochemical that tells the body it is time to regenerate and sleep.

The sensing of light keeps our circadian rhythm ticking along. Until recently, scientists believed that its two main roles were in governing sleep and eating patterns. However, new research suggests that the circadian rhythm may also play an important role in our earliest development. 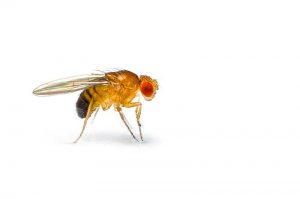 In order to find out which processes are governed mainly by the circadian rhythm, scientists bred fruit flies that had mutations in a circadian rhythm gene that produces a hormone associated with sleeping and waking. When this gene was disrupted throughout the entire body, the flies developed normally, but had abnormal behavior and did not follow a rhythmic sleep-wake cycle. However, when the gene was disrupted in just one tissue, the results were much more dire. The fruit flies failed to develop altogether and died in the early larval stage of development. Kirst King-Jones, one of the co-authors of the study said,

“This told us that having depleted the one clock while the others are still working is much worse than depleting the clocks everywhere—you have less damage but more harm.”

How can disrupting the clock in just one tissue have a more dramatic effect than disrupting it throughout the body? Scientists are still grappling with how this conundrum occurred. However, the results are clear: Circadian rhythms affect so much more than just when we sleep and wake.

This study showed clearly what researchers have long suspected: The circadian rhythm affects far more than timing and is more than a mere internal clock. In actuality, there are several different types of rhythms in our body that are regulated by and entwined with almost every process that the body undergoes. The same way humans show up to work at a specific time and eat at another, our cells are primed to perform certain activities at the optimal time of day. Judging from this new research, growth and development from the embryonic stage depend on our internal clocks to keep ticking.

Our body’s innate rhythms are proving to be more interconnected than we previously thought. Our systems do not work in isolation but rather are parts of a whole and should be treated as such. The circadian rhythm is no exception to this rule.