Find Your Chronotype From theWeP

The Worldwide Experimental Platform (theWeP) is devoted to the study of human behavior, which is still poorly understood, at least compared to human biology. It was devised by researchers at four different universities (three in Europe and one in the Philippines). 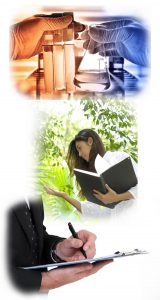 Researchers have made great strides in studying human biology through the use of laboratory experiments that generally used non-human subjects. Field research is another means of studying organisms. In field research, the scientist observes a creature’s actions “in the wild.” It has been used to learn about the behavior, genetics and physiology of animals and plants.

theWeP conducts a form of field research by helping researchers disseminate surveys or questionnaires pertaining to a specific behavior, like sleeping. Previous studies of human behavior have been hampered by their relatively small size. An even bigger problem is that the studies have tended to be confined to one region or country. Even if a study involved hundreds of thousands of Americans or Chinese or Kenyans, the results might apply only to people from those countries. They might not be applicable to Australians or Syrians.

theWeP posts questionnaires on their site in up to six languages: English, French, German, Dutch, Spanish and Brazilian Portuguese. Participants will be e-mailed results that tell them how they compare with other participants. The surveys are currently limited to people from Europe, Australia or the Americas, but there is now a chance to study variations within entire continents.

Many researchers have wondered how behavior affects health. What does a human being need to do to gain and keep optimal health? How much light does a person need? How much exercise? Do people’s needs change throughout the day or their life? It’s often been noted that people sleep less as they get older. Why is that, and how can it affect health? Does where a person live make a difference? Only large-scale studies like the ones theWeP can perform can answer such questions.

The largest study theWeP has been conducting is their Chronotype Study. They have been working with the Centre for Chronobiology of the Institute of Medical Psychology in Munich on this project. The Chronotype Study has so far received over 50,000 responses. “Chrono” comes from the Greek word for “time,” so a person’s chronotype is based on their biological clock or circadian rhythm. Participants in the study take a short survey in which they answer questions regarding when they go to bed, when they get up, how long it takes to fall asleep and if there are any differences between weekday and weekend hours. They also provide information about where they live, so the researchers can look for regional differences.

The results are e-mailed to the respondent within a day. They include a bar graph depicting seven chronotype groups, ranging from extreme early risers to extreme late risers. The average respondent goes to bed at 12:15 p.m. and wakes up at 8:15 a.m. The bar graph shows a fairly standard bell curve with the average participants forming the bell and the extreme early types and the extreme late types forming the tails on either side. This study, by the way, is less concerned with sleep duration than with schedules.

TheWeP is conducting at least two other related studies, one involving shift workers and another trying to determine if there’s a relationship between chronotypes and diabetes. To learn more about the Chronotype Study or to participate, visit http://www.thewep.org/chronotype-study.