Frequent Flyers Beware: Too Much Travel Has Consequences

Modern people are more mobile than ever. While there was a time when most people never roamed far from their birthplace, we now can visit different countries and even continents for the price of a plane ticket. This hypermobility has made both business and leisure easier, but researchers in chronobiology believe it can have grave consequences for human health.

Most people are familiar with jet lag; studies estimate that up to 93 percent of us have struggled with it at some point. Most people know the familiar groggy, exhausted feeling that we get after traveling across time zones.

However, jet lag can have more serious effects than fatigue. Many people suffer a change in appetite, plus have insomnia, headaches and even depression. When people travel on a regular basis, the perpetual disruption to their circadian rhythm, or their roughly 24-hour biological clock, can leave them at increased risk of disease. In addition, regular disruptions to the circadian rhythm actually increase the chance of accidents both on the job and on the road. Jet lag may be not just an inconvenience but a public health risk.

A new study has found that the effects of hypermobility and regular travel may be even more far-reaching than researchers previously thought. According to this study in chronobiology, jet lag and other physical changes associated with travel can affect more than just insomnia and accident rates. Digestion and gastrointestinal health are affected by travel, as is the immune system. In fact, genes that control the immune system are actually switched off when people are jet lagged.

These changes are not necessarily short term. While people feel the effects of travel for up to six days after a change in time zone, the physiological effects can last up to 11 days. When people travel often, these cumulative effects could lead to serious, long-term health consequences. 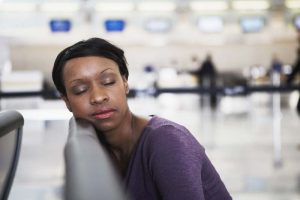 In addition to jet lag and its associated effects, there are other physical challenges associated with travel. Airplanes and hotels have air humidity around 10 percent, which is drier than a desert and far below the 50 percent that is optimal for human health. This can lead to dehydration, which has negative effects even over a short term.

In addition, people who travel are more likely to be exposed to germs. Airplanes and other forms of public transportation crowd people together in a small place where airborne microorganisms are easily spread. In addition, eating out puts people at higher risk of foodborne illness. When added to the decreased function of the immune system associated with jet lag, people who travel are far more likely to become ill.

Changes in Schedule: More Than an Inconvenience

Travel also tends to lead to changes in people’s schedules. Eating, sleeping and being exposed to light at different times can have deleterious effects on one’s circadian rhythm. Light and food intake are both important cues to the brain about what time it is and what neurochemicals should be released. It is easy for a circadian rhythm to become out of sync when the timing and nature of different cues are changed. 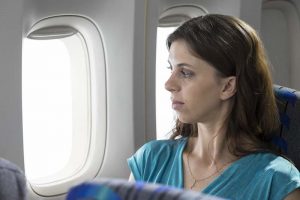 Traveling often may not always be avoided, but there are ways to mitigate the biological effects. People who travel to other time zones should begin adjusting their sleep times before their trip, delaying or hastening bedtime by 15 minutes per night. In addition, good hand washing and even wearing a paper mask over one’s mouth and nose can reduce one’s exposure to germs. Taking care to drink extra water, eat healthy meals at regular intervals and reduce light exposure before bedtime all can prevent disruptions to one’s circadian rhythm while preserving optimal health.

Research in chronobiology is finding new ways that a healthy circadian rhythm is essential to good health. This knowledge is being used to find new ways of staying healthy even with a busy modern lifestyle. While most people will have to travel or move across time zones at some point in their lives, there are ways of maintaining good health even with challenges.