The Missing Link Between Mood & Sleep: The PER3 Gene

Do you struggle to stay in a good mood when you haven’t slept well? The PER3 circadian rhythm gene has been recently identified as the link between sleep and mood.

One of the most noticeable symptoms of a sleepless night is a change in mood. Toddlers are not the only ones who become overemotional when they don’t get their regular nap; even the most stable adult will find that they are depressed, angry, or simply less emotionally stable when they don’t get enough sleep. In addition, some mental illness, such as bipolar disorder and schizophrenia, have been linked to sleep disorders. While doctors and scientists have long recognized the connection between sleep and emotional health, they only recently discovered the biological basis for this: a much-studied clock gene.

Many people see sleep as a waste of time, albeit a biologically necessary one. However, sleep is not an inert time of rest. While you may not be conscious while you are sleeping, your body and brain are very busy. One of the most important activities in sleep is the clearing of wastes and repair of cell damage from the brain. Your brain cannot perform these essential tasks as efficiently while you are conscious.

When people do not get enough quality sleep, their mood is often the first thing to suffer. After even one sleepless night, people are more emotionally reactive. They may struggle to control their emotions and generally suffer from a bad mood. If people have a chronic lack of sleep, they are much more prone to depression and anxiety as well as lower cognitive function and memory loss. A lack of quality sleep has even been found to contribute to severe mental illness.

The Link Between Mood and PER3 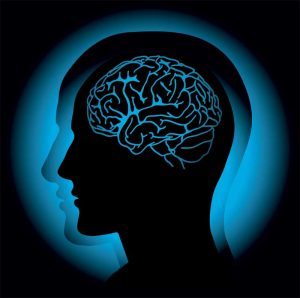 The PER3 gene has long been known as an important part of the human circadian rhythm. This gene is expressed mainly in the suprachiasmatic nucleus of the hypothalamus, which is the brain center associated with the mammalian circadian rhythm. In a recent study of people with both mood disorders and sleep disorders, this gene was found to be the common link. Researchers then bred mice with a similar genetic mutation and discovered that these mice showed signs of mood disorders such as depression and seasonal affective disorder in addition to the expected circadian rhythm disruptions.

Because the mice were otherwise healthy and genetically normal, PER3 appears to contribute significantly to both mental health and sleep cycles. Researchers believe that maintaining a healthy circadian rhythm, which is difficult when important timing genes malfunction, acts as a protection against mental health disorder. When this gene is not functioning, people are more likely to be emotionally affected by changes in their environment.

The Need for Sleep is in Your Genes

There is currently no feasible way to correct most genetic disorders. However, people who struggle with mood may find that their symptoms are improved by taking measures to maintain healthy sleep patterns. It is often difficult for people struggling with depression or seasonal affective disorder to get adequate sleep, but melatonin supplements, light therapy and good sleep hygiene may help. This and several other recent studies on the link between mental illness and circadian rhythm suggest that sleep is an important part of both emotional and physical health.

Modern people struggle to get enough high quality sleep and to keep a stable daily rhythm. This may be messing with our heads, both literally and figuratively. Getting adequate sleep is an important part of a healthy lifestyle and should be a high priority for people who struggle with mood disorders.