Not Getting Enough Sleep? Your Immune System Could be Suffering

Are you suffering from a cold? According to a new study on the immune system and sleep, getting enough rest may be crucial to fighting off illness this winter.

B cells and T cells and antigens—oh my! We know a great deal about how our immune systems work, which has led to exciting and life-saving discoveries such as vaccinations and antimicrobial medications. However, there are still huge gaps in scientific knowledge of immunity, especially in the area of how it is affected by lifestyle. Most people intuitively know that eating an unhealthy diet or exhausting ourselves will leave us more prone to illness. While our knowledge in this area is hardly complete, recent studies have made interesting conclusions about the complexities of the immune system and sleep.

The Mystery of the Missing T Cells 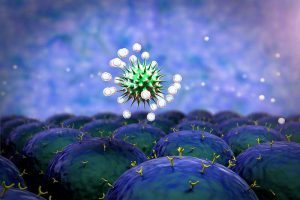 What happens to your immune system when you sleep? Researchers drew blood from healthy volunteers after a solid night of sleep and after a night of wakefulness. The results were surprising: Those who had slept well had lower numbers of T cells in their bloodstream. On the other hand, those that had been awake had much higher numbers of all kinds of T cells.

Where did the missing T cells go? Based on prior studies of sleep and the immune system, researchers believe that they may have migrated to the lymph nodes, which is where T cells are “reset” and programmed to face new challenges. However, this is still merely a hypothesis. While this was a relatively small study, it raises new questions about the relationship between our immune system and sleep. We know that people who get regular sleep have stronger immune systems, but researchers are not entirely sure why.

This study adds to a growing body of scientific knowledge about sleep and the immune system. Prior studies have found that getting enough sleep leads to higher levels of memory T cells, which are the cells responsible for recognizing and eliminating illnesses we have encountered before.

While this may seem to conflict with the recent study mentioned above, keep in mind that immune function fluctuates widely over the course of a day. The volunteers in the aforementioned study were tested early in the morning when, theoretically, immune cells are generally resetting for the day. This study looked at overall T cell levels throughout the day. As in all areas of human health, timing is important to immune function.

Understanding more about the immune system and sleep may help to reduce the usage of antibiotics and other antimicrobial drugs, reducing the rates of resistance. According to one recent study, a disorder called Excessive Daytime Sleepiness, or EDS, can lead to altered immune function. In fact, people with this disorder, which physiologically resembles constant sleep deprivation, are more likely to be infected with pathogenic microorganisms and more likely to require medication to clear these infections. People who are chronically fatigued have immune cells that are as sluggish as the rest of their sleep-deprived bodies, leading to increased infections and a lower chance of clearing these infections themselves. 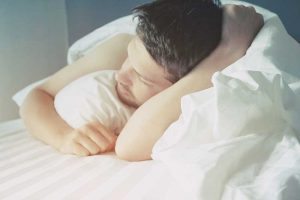 How much more likely are you to get sick if you are not getting enough rest? Research indicates that the sleep deprived are four times as likely to become ill from an infection they are exposed to than people who have adequate sleep. This can add up to a lot more time spent in bed with winter flus and summer colds. While many people cut back on sleep to keep up with the demands of their lives, this actually leads to lost productivity in the form of more sick days. Sleep appears to be just what the doctor ordered—although you certainly can still enjoy a bowl of chicken soup.

If you are trying to lead a healthy life, getting enough sleep is crucial. There are a variety of natural remedies available to people who cannot get the shut-eye they need, such as melatonin and light therapy. Sleepless nights may be more than an inconvenience, but a very real threat to your health as well.