How Chronobiology is Affecting Cancer Treatment

Scientists are just beginning to understand the human brain’s relationship with time. We have known for decades that the body runs on circadian rhythms, with cycles repeating themselves every 24-hours. Our body actually runs on several different clocks, with cell growth, hormone release and other daily activities wired to a cycle based on sleep, levels of light and dark and more. Chronobiology studies our internal clocks and how they are affected by what we consume and when we consume it. So naturally, many chronobiologists are hoping to discover a breakthrough in how we fight cancer. Some may have already. 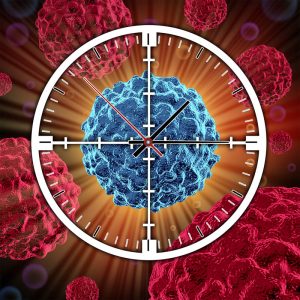 Chronobiologists around the world are trying to gain a better understanding of the human body’s internal clocks and many hope that understanding could be a key to better cancer treatment. These internal clocks control cell growth so any change to their function can result in uncontrolled growth and a reduction in apoptosis, or programmed cell death, both of which are root causes of cancer.

Circadian rhythms affect the way medications work, including modern cancer therapies. Modern chemotherapies target crucial parts of the metabolism of cancer cells. Thus, giving therapies at times when they will be most effective will improve treatment outcomes. Understanding when those optimal times are is a major focus of chronobiologists.

The Rhythm Method: Giving Cancer Drugs When They Work Best

There are a few different reasons that knowledge of chronobiology and circadian rhythms can lead to better cancer therapy. First, targeting parts of the cancer cell metabolism during the most sensitive section of the cell cycle leads to faster tumor shrinkage and remission. Second, many cancer drugs and chemotherapies must be metabolized or activated before they are effective. Giving doses of these therapies when they will be activated at the correct speed will increase the amount of the drug available. Last, chemotherapies work best in the presence of certain hormones. Hormonal levels vary according to circadian rhythms, so medications are most effective when doses are timed to coincide with beneficial hormonal levels. 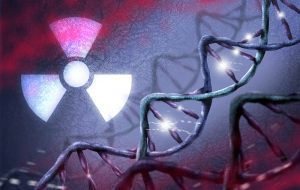 Another possible benefit of using chronobiology in planning chemotherapy is that people would be less likely to get toxic doses of the drug. Many patients are forced to quit using a particular drug because of the toxic effects on their body, even if it is working. Lowering toxicity from cancer drugs will mean fewer unpleasant side effects to deal with and a better chance for the drug to attack cancer.

There are a few ways that chronobiology lessens the toxicity associated with chemotherapy. When drugs are given at more effective times, less of the drug is needed. There are times of the day when drugs are better tolerated by the body, due to the patient’s hormone levels or their speed of metabolizing the drug and excreting harmful metabolites. Because chemotherapy comes with negative side effects related to the toxicity of the drugs, anything that lowers toxicity without compromising treatment would be a huge breakthrough in fighting cancer.

Chronobiology and Cancer Treatment in Practice 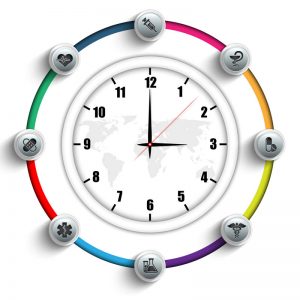 New studies are revealing the benefits of using chronobiology to target chemotherapy. For example, cancer drugs such as methotrexate and 5-fluorouracil that are known as antimetabolites have been proven to work better and produce fewer side effects when given in the evening or at night. This is because these drugs interfere with the synthesis of DNA. Because normal human cells slow DNA synthesis late at night, and cancer cells do not, giving antimetabolite drugs at this time will lessen their effect on healthy cells and thus lower side effects.

Antimetabolites are not the only chemotherapy drugs proven more effective at different times of the day. Studies in laboratory animals have found that 30 common cancer drugs have increased efficacy and lowered toxicity when the timing is controlled to match up with the body’s internal clock.

Chronobiology is a new and evolving science and the subject of many ongoing studies. How chronobiology may ultimately be used to help treat cancer may be the most exciting aspect of the science and something we will be keeping a close eye on.