How Chronobiology Is Impacting Alzheimer's and Dementia Treatment

Chronobiology studies the internal clocks we each have and need to regulate important processes such as cell division, skin proliferation and melatonin production, to name a few. To begin appreciating chronobiology, think of your own basic rhythms. The time of day optimal to study a new subject, for instance, may be upon awakening for some, but for others, early evening works best. The term “body clock” has given way to the broader sense of chronobiology, changing the emphasis of study from individuals to entire segments within the human range of existence. The elderly, particularly the most fragile among us, need this critical area thoroughly explored, documented and used for the treatment of their disorders such as Alzheimer’s and dementia. 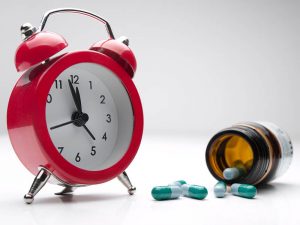 When the elderly consumes medication at a time of day unsuited for his or her personal metabolism, they don’t get the full effect of the medication and can even waste it entirely. Even if the medicine’s effect is not negated, but merely diminished, such serious disorders as Alzheimer’s and dementia require the utmost effort by physicians, nurses and certified nursing assistants to maintain the high level of care that our elders deserve. A holistic approach involves a synergy of observations about the patient regarding the type and degree of dementia or what stage Alzheimer’s afflicts him or her. And just as it is important to understand the stage of a disease to determine the proper medicine, it’s important to discover what stage of the day the internal rhythms of a patient’s body will best absorb that medicine. That is something chronobiologists around the world are trying to determine. 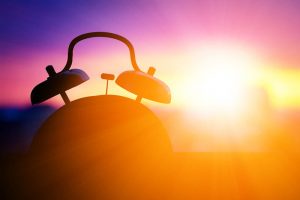 Sundowning, the agitation experienced by many sufferers of Alzheimer’s and dementia, means that the circadian rhythm is disturbed from its normal activity during the day and rest at night. The late afternoon hours with their lengthening shadows can trigger confusion in the patient, who may react by wandering, shouting or becoming combative. Needless to say, the strain on caregivers is extreme, along with the concomitant danger to elderly patients living at home should they injure themselves or become lost. It is the goal of the physician to lessen the sundowning syndrome effects by scheduling medication that benefits the patient when the environment around them puts them at the highest risk, and that understanding of internal and external cycles is a major focus of chronobiology.

Change is the Enemy 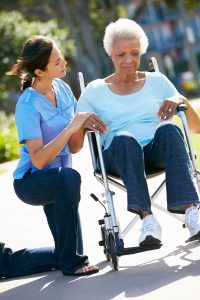 At home or institutionalized, the elderly patient resists change. The wise caregiver knows that minimizing mental shocks to those in her charge works for her benefit, too, and thus applies prescribed medication on a strict timetable. The same as on the other end of life’s spectrum, infancy, a regular schedule for the aged spurs the development of a rhythm that keeps them as calm and comfortable as possible. For those with Alzheimer’s or dementia, a simple change or shift in caregiving personnel may lead to a disruption in mental faculties. The scheduling of the sleep aid melatonin before bedtime and light therapy in the early morning are examples of the use of chronobiology in caring for patients with Alzheimer’s or dementia.

The Future of Chronobiology and Alzheimer’s

If chronobiology is a relatively new biological term, close upon its heels is “Zeitgeber,” or “Time Cue.” Circadian rhythms necessary to regular, peaceful nights filled with regenerative sleep get disrupted because Alzheimer’s and dementia patients lack the stimulus of a Zeitgeber such as bright lights in an appropriate time and manner. Daylight is the strongest known time cue in humans. The future of chronobiology in treating Alzheimer’s and dementia is bright indeed if it continues to develop light treatment, sleep aids, social stimulation and the issuing of medicines to patients proper to the individual medicine’s most effective time of application.