Ever since Ben Franklin published “Early to bed, early to rise makes a man healthy, wealthy and wise,” people have understood that there’s a strong correlation between sleep and productivity. However, in recent days the understanding of just how powerful that connection can be has increased dramatically. 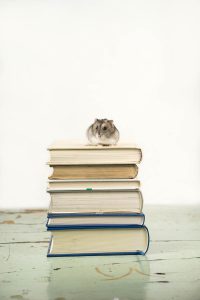 Stanford University biologist Norman Ruby has recently discovered that it isn’t just getting adequate sleep that’s crucial. Timing is just as important, if not more so. In a compelling chronobiological study, he discovered that hamsters with disrupted circadian rhythms, or 24-hour body cycles, become stunningly incapable of retaining information. The study is quite telling, particularly for those who have wondered what role shift work and sleep-wake cycles may play on memory and cognitive ability. According to Ruby:

“What we’ve been able to show is that the part of the brain that we absolutely know contains the circadian clock, the suprachiasmatic nucleus (SCN), also has an important role in learning and memory. When that clock doesn’t work well, memory deficits show up.”

Scientists aren’t new to the idea that the circadian clock may impact memory loss. However, what is new is the discovery that the suprachiasmatic nucleus, or “SCN,” can be removed from hamsters to instantly return their cognitive abilities to normal.

Along with his research partners Fabian Fernandez, biology professor H. Craig Heller, Derek Lu, Phong Ha, Patricia Costacurta and Renee Chavez, Ruby is delighted with the idea that human cognitive deterioration can potentially be reversed as a result of these findings. He said:

“The more I investigate it, the idea of shutting off the SCN as a way of restoring memory ability in humans seems more provocative and possibly doable.

“If you are treating a neurodegenerative brain, rather than fixing the circadian clock, it might be easier to just pharmacologically shut down the SCN. I’m pretty excited about exploring this as a new target for treating some types of adult memory disorders.”

If you aren’t totally clear on how memory is affected by circadian biology, you’re not alone. The most brilliant minds in the field are still scratching their heads, but progress is moving steadily toward some substantial findings. One of the best examples of these new discoveries concerns a brain chemical responsible for suppressing brain activity. This neurochemical, GABA, is a major player in the constant dance our minds perform in the balance between mind stimulation and rest. 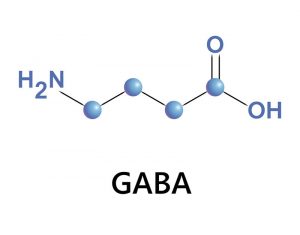 All mammalian brains perform a constant balancing act between brain excitement and brain inhibition. The circadian clock works by releasing GABA to different portions of the brain throughout the day. For example, at around 9 p.m., the part of the brain that controls digestion begins to shut down for the night. Your kidneys, in turn, take a rest at 5 a.m. Between 1 and 2 in the afternoon, your brain hits a lull and a nap sounds really good.

The Role of GABA

For those who are dealing with memory problems, the function of GABA is proving to be an important factor. After all, just as it provides rest periods for other portions of the brain, the GABA chemical also inhibits the hippocampus portion of the brain—yes, that is one of the areas where memories are formed, organized and stored. When the circadian rhythm is out of alignment, this brain suppression can become confused and, instead of providing temporary rest, it can trigger constant GABA memory inhibition. This means that new information fails to store in the memory bank, which can be especially dangerous for those with problems like dementia or Down syndrome.

Keeping the circadian rhythm in balance is vital to keeping the GABA’s brain inhibition processes in rhythm synchronization rather than constant suppression.

So, what balances out the GABA inhibition cycles? Is there any counteracting chemical that can possibly be increased for those who face overly inhibited brain functions caused by excess GABA?

Yes, there is. The chemical that counters GABA is called pentylenetetrazole, or PTZ. This chemical blocks GABA from putting synapses “to sleep,” allowing the brain to continue firing. When Ruby’s team gave memory-deficient hamsters PTZ to keep their memory processes active, the memory deficiencies disappeared. For those working to help Alzheimer’s and Dementia patients, the implications are exciting. Ruby explains:

“In aging humans, one of the big things that happens is the circadian system starts to degrade and break down. When you get older, of course, a lot of things break down, but if the circadian system is a player in memory function, it might be that the degradation of circadian rhythms in elderly people may contribute to their short-term memory problems. There are a lot of things that could cause memory to fail, but the idea would be that in terms of developing therapeutic treatments, here is a new angle. 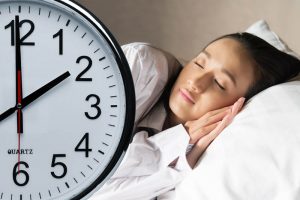 “This is also important because it is one of the first lines of evidence that shows losing your circadian timing actually does cost you something. It makes it hard to learn things. And the underlying mechanism is that you have too much GABA.”

What does that mean for you? One of the best things you can do to keep your body processes in top condition is to provide them with an optimal amount of rest at the correct times. Doing so can do more than just help you not feel cranky; it can actually keep your memory strong.

It just goes to show you Benjamin Franklin knew what he was saying: early to bed, early to rise really will keep your brain healthy, so do it and be wise.

The body's biological clock regulates the hunger cravings that influence when you eat. The... [Read More][weiterlesen]

REM and Non-REM Sleep Work Together to Support Learning

Although scientists have largely cracked the code on the importance of sleep, how the vari... [Read More][weiterlesen]