Chronobiology is a somewhat obscure scientific specialization. In fact, most people have never even heard of it. Even so, for those of us looking to optimize physical performance, workout gains and so forth, it may just be the solution to many relevant questions and problems. Of course, the intersection of time and one’s own biological processes can require some patient adjustment to produce optimal results. Rushing or forcing adjustments will only prove to be a waste of time and effort.

First, let’s establish a couple of definitions. Chronobiology is the scientific study of an organism’s unique biological rhythms and the effects such rhythms have upon the biological processes of the organism in question. A human being’s circadian rhythm, a major focus of chronobiology, is the biological clock responsible for the regulation of several processes within the body including various aspects of organ function, blood flow and sleep cycles. 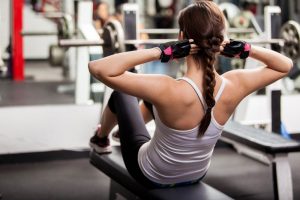 Ironically, one of the best ways to adjust a circadian rhythm to maximize performance in spite of its “default setting” is through exercising at times specified by the individual. For example, according to scientists and researchers at the University of North Texas, if you want to move your workouts to the early morning in spite of a pre-set circadian rhythm which favors afternoon or evening workouts, you need to exercise in the mornings to train your body to reset itself. Be prepared for an adjustment period of 30 days or so, after which your body should be fully adapted to its new schedule.

One thing to be aware of, should you attempt to modify your body’s internal clock in this way, is the fact that a natural inclination toward morning, afternoon or evening exercise is almost certainly an indication of your body’s innate point of best fit. In other words, if you prefer to work out at a specific time, it’s likely because that’s your peak performance time. As such, you shouldn’t ignore these impulses if you can help it. It’s always best to listen to your body’s natural cues and messages. Even so, be aware that your circadian rhythm does have a sort of reset button in that it can be trained to adapt to your needs and schedule. This is good news for those people who deal with things such as shift work, overseas travel or training regimens for certain athletic activities, all of which can exert high levels of demand upon the body.

Research is ongoing about the definitive answer to the question of best exercise times (preliminary findings point toward the noon hour and those immediately surrounding it). What is clear is the negative impact that certain actions can have on a person who acts in opposition to his or her individual circadian biology. Examples follow: 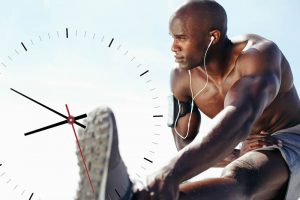 Just as there are things you can do which might prove harmful to your day-to-day performance given the constraints of human internal clocks, there are things a person can do which influence such things in a positive manner. As stated above, there are conflicting opinions regarding the efficacy of exercising at a certain time, but the available evidence increasingly points to the mid-day hours as your best window of opportunity, at least in most cases. Consider the following:

It’s All About Individual Preference

The relationship between a person’s internal clock, the processes that clock regulates and one’s exercise results is a delicate, interwoven balance. Research is ongoing in many areas, which means hard evidence and definite answers to questions can sometimes be scarce. However, at the end of the day, the individual holds the key to his or her own success. The individual’s circadian rhythm can be adjusted to suit one’s own schedule and preferences. With this handy reference, it should not prove difficult for the average person to achieve their goals with a maximum degree efficiency and enjoyment.

Chronobiology is becoming increasingly important in the medical and scientific communities... [Read More][weiterlesen]

Paying attention to the basics, such as sleep and physical activity, is essential to achie... [Read More][weiterlesen]