Sleep doesn’t get the respect it deserves. Not getting enough sleep is a common concern among both adults and children. This lack of sleep can have a real impact on mental well-being. New research shows a lack of sleep impacts fear regulation, potentially increasing stress and anxiety. 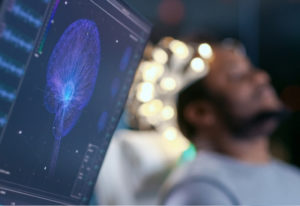 With their recent sleep study, researchers from Harvard Medical School, the University of Pittsburgh and Massachusetts General Hospital have added to the growing body of evidence connecting sleep quality to mental health. According to the results of their study, recently published in Biological Psychiatry: Cognitive Neuroscience and Neuroimaging, insufficient sleep can interfere with the mechanics of fear regulation.

This study included 154 participants. After being allowed a night of normal sleep in a sleep lab, the participants were divided into three groups for the second night of lab sleep. Researchers let one group sleep normally. The second group was allowed just half a night’s sleep, then woken up. The third group was permitted no sleep at all. The next morning, using MRI scans to measure and track results, the researchers began putting the participants through a classic fear conditioning and extinction process. This classic experiment procedure uses colors and low intensity electric shock to instill fear.

While in the MRI scanner, participants were shown three colors, a single color at a time. With two of the colors, participant were given an electrical shock, training the mind to react with fear when presented with those two colors. The third color was shown without a shock, encouraging the mind to perceive that color as safe. Having instilled the fear response conditioning in the morning, researchers were ready to test for fear extinction in the evening.

Participants returned to the MRI scanners to be shown the colors again. The brains of those who had slept normally were more likely to successfully complete the fear extinction process. The MRI scans of those with sufficient sleep showed activity in of the part of the brain that deals with conditioned fear, called the salience network, and action in the prefrontal cortex, the part of the brain primarily responsible for inhibitions; where emotions are controlled and regulated.

Those with no sleep at all were more likely to show action in the part of the brain responsible for pain aversion and the salience network, but not in the prefrontal cortex. Participants that were woken up after getting half of their usual amount of sleep did not fare well in terms of fear regulation. Their MRI scans were more likely to show a higher rate of activity in the parts of the brain that have to do with fear than either of the other two groups. In addition, during the MRI scanning, this group was the least likely to show action in the prefrontal cortex. In other words, they felt more fear and had less ability to regulate it than the other two groups.

The bulk of rapid eye movement (REM) sleep occurs during the later parts of the sleep cycle. REM sleep has been shown to play a role in fear regulation and the extinction of conditioned fears. This occurs via an unlearning process that is thought to take place primarily during the REM phases of sleep.

Based on the study data, the researchers theorize that the deprivation of REM sleep was a major contributor to the reduced ability to inhibit fear in those study participants not allowed sufficient sleep. According to researchers, the way a lack of sleep impacts fear regulation and the inhibitory action of the prefrontal cortex may even contribute to such disorders as PTSD and anxiety.

Give Sleep the Respect It’s Due 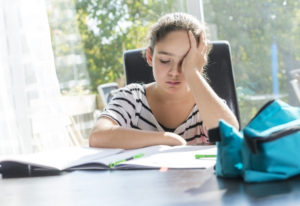 Sleep is essential to overall mental health and cognitive functioning, as well as to optimal physical health. It is time for adults to recognize this — not just for themselves, but also for their children.

According to the Centers for Disease Control and Prevention (CDC), approximately 70 percent of high school students and 60 percent of children in middle school don’t get enough sleep, leaving them more vulnerable to a wide range of serious health risks.

While we do live in a fast-paced, often competitive society, there comes a point when the adults in the room need to assess and perhaps reevaluate priorities concerning extra-curricular activities and screen time.

With pandemic concerns and a host of other uncertainties ramping up the fear, stress and worry we encounter in our day-to-day lives, sleeping well is even more important. Don’t treat a good night’s sleep like a luxury you should feel guilty about enjoying regularly. It is an absolute, science-proven necessity. It is a wise move to place guarding your sleep time and learning to practice good sleep hygiene among your top health goals for yourself and your family in the coming year.