Getting a sufficient amount of quality sleep is important, yet as many as 40 percent of adults struggle with insomnia. According to the National Sleep Foundation, up to 15 percent of adults in the United States report having chronic insomnia. This is alarming, partly because insomnia can be the result of other medical conditions and may be one of the first signs of an illness that hasn’t yet been diagnosed.

Alternatively, sleep deprivation can cause an individual to develop other emotional and physical health problems. The lethargy and drowsiness that a sleep-deprived person will feel during the day can inhibit his or her ability to safely operate machinery or drive a motor vehicle. Additionally, poor sleeping habits can lead to mood swings and depressive feelings. Now, new research linking sleep and memory, suggests an inability to sleep can affect not only memory recall but also the emotional impact of certain memories. 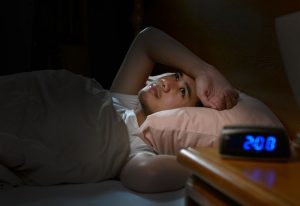 The condition we know as insomnia doesn’t only involve an inability to fall asleep. It can also involve getting an insufficient amount of sleep, or an inability to obtain quality, restful sleep. For many people, suffering from insomnia means they have trouble falling asleep and staying asleep throughout the night. There are three classifications of insomnia:

A New Study Explores the Relationship Between Sleep and Memory

In a recent study, Weiwei Zhang, Ph.D. led a team of researchers in analyzing how a lack of sleep and mood affected working memory. For the purpose of the study, working memory was defined as the short-term memory recall essential for performing day-to-day functions. This involves the ability to operate a vehicle, use communication and language skills and make decisions. While sleep and memory have been linked in previous studies and mood and memory have been evaluated in other studies, the new research project sought to connect all three factors.

In the first leg of a two-part study, 110 University of California students were asked to evaluate their sleep quality and the frequency of depressive episodes. The researchers also subjected the students to memory recall tests to determine the quality of their working memories.

The second part of the study recruited 31 different test subjects, ranging in ages from 21 up to 77 years of age. The goal with the broader age range was to determine how age affected working memory. This study confirmed that working memory degrades as we age, showing that everyone experiences cognitive decline to some degree.

Lack of Sleep Affects How You Feel About Bad Memories 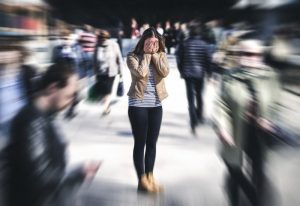 Researchers at the Netherlands Institute for Neuroscience sought to identify how sleep deprivation affected an individual’s feelings about bad memories. The team used MRI scans to determine how insomnia affected the recall of bad or embarrassing memories. The participants in the study were asked to recall embarrassing memories from decades earlier as well as more recent bad memories.

The MRI test results showed that the overlapping brain circuits identified in the insomniacs were focused in the anterior cingulate cortex (ACC). This is the part of the brain that regulates cognitive and emotional processing. Rick Wassing, who headed up the study, concluded that a lack of sleep actually makes an individual feel worse about bad memories.

Previously, it has been assumed that the parts of the brain that control sleep and wakefulness were responsible for causing insomnia. The authors of this new study suspect that the anterior cingulate cortex may actually play a part in causing people to suffer from sleep deprivation. The researchers suspect that in those who experience lack of sleep, there may be genes in the ACC that aren’t properly activated as the individual enters REM sleep. As a result, the emotional connection to the memories stays strong, even over the passage of time. Mr. Wassing suggests that a person’s ability to get a sufficient amount of quality sleep each night may help them disconnect from their bad memories.