Early to bed, early to rise? New research suggests that later school start times may not be the answer for our sleep-deprived teens.

You have probably heard of the recent call for middle and high schools to delay start times. Indeed, even American pediatricians endorse the idea. This is due to the fact that teenagers have a circadian rhythm that is shifted later than that of adults, making it difficult for them to go to bed early and wake up at dawn. The result is a nation of sleep-deprived adolescents and young adults. However, a new study suggests that later school start times might not increase the amount of sleep that our teenagers get. Could there be other factors involved in our teenagers’ ever-later bed times?

Chronobiology researchers looked at two groups of teens: European adolescents and then teens from hunter-gatherer groups in Africa. While European teens had a much later circadian rhythm than the adults around them, this was not the case for African hunter-gatherer teens. In fact, African teens who spend much of their days outdoors go to bed early and get up at dawn. It appears that adolescents may not have a naturally later circadian rhythm, but rather simply be more susceptible to circadian rhythm disruptions. In a world of tablets, televisions and artificial lights, there are plenty of reasons for a brain to stay awake late into the night.

On the other hand, teens who do not have these exposures appear to be able to fall asleep and wake early. Teen brains need sleep more than adult ones, but also appear to be more susceptible to external messages telling them to stay awake. 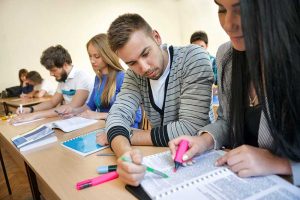 Many sleep deprived teens will argue that later school start times would mean more rest, regardless of the reason for the difference in circadian rhythm. However, a mathematical model disagrees. This mathematical model has been used since the 17th century and suggests that if given a later school start time, the circadian rhythms of young students will merely shift forward. The result in this case would be the same amount of sleep. According to this model, the amount of time exposed to screens appears to determine the amount of time that teens sleep.

However, this research is based in the UK, which has different start times than in the United States. In the US, where schools start as early as 7 A.M. and there are even sometimes activities before classes begin, students may very well see more benefit and get more sleep with later school start times.

Getting the Rest That Growing Bodies Need

Sleep deprivation can have devastating effects on growing bodies. Teens may find that they have difficulty concentrating, have trouble handling their emotions and suffer a loss of short-term memory. Sleep deprivation has also been found to have very real physical effects, contributing to a higher risk of metabolic disorders, heart disease and even motor vehicle accidents. Regardless of the school start time, here are a few ways that teens and adults alike can get more rest:

Will later school start times help kids to get the rest they need? The jury is still out. However, it is crucial for a child and teen’s growth and development to get enough sleep regardless of when they start school. Encouraging teens to have good sleep habits and to put away the screens well before bedtime may have a significant impact on their health while giving them the academic advantage that they need to succeed.