Melatonin and Aging: How Declining Levels Contribute to Sleep Disorders in the Elderly

As we age, our sleep patterns change drastically. Newborns can barely tell the difference between night and day, while children often sleep like rocks without any effort. As we become adults, sleep often becomes more and more elusive. By the time many people are elderly, they have dramatically different sleep schedules than they did when they were young. According to new research, changing levels of melatonin are partially responsible for these changes. 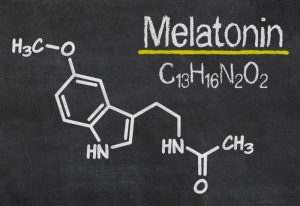 Our sleep schedules are complex and require the coordination of several different genes and hormones. However, melatonin is the main player in the regulation of our sleep-wake cycles. This hormone is responsible not just for making us sleepy, but for inducing deep sleep, which is when our bodies perform many of the restorative activities associated with sleep. In addition, melatonin is an antioxidant that helps our cells repair damage from the day and rebuild damaged tissues.

Melatonin is particularly important in helping to repair tissues in our brains, cueing remodeling activities that support cognitive function and memory. Many different kinds of dementia have been linked to a lack of sleep, leading experts to wonder if a lack of housekeeping in the brain contributes to these diseases.

Declining Melatonin Levels as We Age

As we age, various changes in hormone levels occur naturally. One significant change is that we begin to produce less melatonin. With age, the pineal gland simply does not store and release melatonin as effectively due to calcification. Changes in vision may also contribute to this decline in melatonin. Although melatonin is 8-10 times as high at night compared to during the day in a healthy young adult, the elderly have night levels that are just twice that of their daytime levels.

In general, elderly people tend to have what sleep experts call an “advanced sleep phase disorder,” in which they fall asleep and wake earlier than younger generations. In addition, they spend less and less time in deep sleep, instead spending much of the night in light sleep. Because deep sleep is more restful and restorative, this can leave the elderly feeling more tired throughout their day. In addition, this increase in light sleep is most likely the reason that older people wake more often throughout the night.

Changes in sleep and melatonin production leave older adults feeling less rested and more easily tired. In addition, these changes appear to have other, more measurable effects on health and well-being.

The Far-Reaching Effects of Melatonin and Aging

How does this decline in melatonin levels affect the sleep of our elderly loved ones? According to several studies, around 40 percent of elderly people report insomnia. They are twice as likely to need medication to help them sleep as well. As many people with elderly relatives have noticed, they simply do not wake as rested as they once did.

In addition, low melatonin levels can contribute to a variety of diseases that happen to be more common in the elderly. Parkinson’s, Alzheimer’s and other types of dementia increase in prevalence with age and also are tied to low melatonin levels. Because melatonin is a powerful anti-inflammatory and antioxidant, low melatonin levels also can leave our elders less able to repair stress to their cells and tissues. Over time, this can add up to significantly increased disease risk.

Applying What We Know About Sleep and Aging 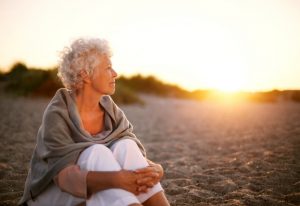 Although physiological factors can contribute to an increased risk of sleep disorders as we age, poor sleep is not inevitable. Many elderly people are able to keep their circadian rhythms regulated despite changes in melatonin levels and other age-related challenges. Experts recommend that older people and their caregivers try the following strategies to keep their sleep cycles on track:

It is possible to get enough sleep as you grow older, even if it requires a little more effort and planning. Sleep is incredibly important in helping our older relatives to feel their best and to prevent several of the most feared diseases of aging. Our circadian rhythms are essential to well-being at every part of the human life span, helping us to be as happy and healthy as we can possibly be.