Fibromyalgia, a chronic pain disorder, affects an estimated 4 percent of the population but is poorly understood. A new study has found that low melatonin may be a contributor to this disorder.

While most people think of melatonin as a sleep hormone, low melatonin has been linked to a variety of disorders, including disorders involving chronic pain. A new study has found that a deficiency of melatonin may be an important factor in fibromyalgia, also known as FMS.

The word fibromyalgia comes from the Latin “fibra,” meaning fibrous tissue, and the Greek words “myos” meaning muscle and “algos” meaning pain. Indeed, pain in the muscles, tendons and ligaments are the hallmark symptoms of this disease. Muscular pain, however, is not the only symptom. People suffering from this disorder also suffer from changes in how the nervous system relays and processes pain. Other symptoms include, but are not limited to, fatigue, depression and insomnia.

There have been several studies about melatonin and pain. Melatonin does not just function as the hormone that helps dictate our innate circadian rhythm, or 24-hour biological clock, but as a modulator of pain signals as well. Melatonin has indirect effects on opioid receptors, which are the same receptors affected by many pain medications.

New research has found that FMS sufferers have lower levels of melatonin as well as other important neurohormones such as serotonin. While the lack of sleep and fatigue associated with this disorder were long believed to be a result of constant pain, the lack of melatonin is likely a contributory element in two ways: Its effect on the circadian rhythm and its effect on pain. Indeed, taking melatonin supplements has been found to improve a variety of FMS symptoms in a recent trial.

Hope for Sufferers of Muscular and Neurological Pain 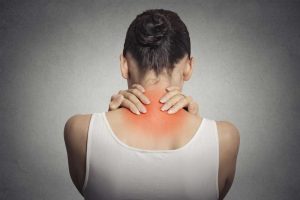 The link between FMS and low melatonin offers hope for people who struggle to treat and live with the symptoms of this disorder. However, there are implications for other types of neuromuscular pain. The role of melatonin in indirectly activating opioid receptors suggests that it may be helpful for a variety of chronic pain disorders. Because melatonin is safe and sold in most areas of the United States and Europe, people who suffer from these diseases will not need to wait out a long FDA approval process to see if this hormone can help them.

The Future of Chronic Pain Treatment

Until recently, many doctors have treated chronic pain with opiate pain medications that may have unpleasant side effects and be addictive. New chronobiology research, however, is allowing health care workers to begin treating some of the causes of this pain. Identifying and treating the root cause of disease is always preferable to simply masking it.

Melatonin, like many hormones, plays multiple roles in the human body. Its role in pain modulation and potential in the treatment of chronic pain disorders is a new discovery that offers hope for people who struggle living with FMS and other pain syndromes. Maintaining a healthy circadian rhythm may be more important to whole body health than we previously could have imagined.