Napping generally has a bad rap in the West. While many cultures in Southern climates enjoy an afternoon siesta, most people in the developed world feel guilty about their need for sleep during the workday. However, naps are not just a sign of laziness or insomnia. Several studies have found that afternoon napping actually can be beneficial both to the body and to the mind. According to new research from Greece, napping lowers blood pressure as much as common anti-hypertensive medications. 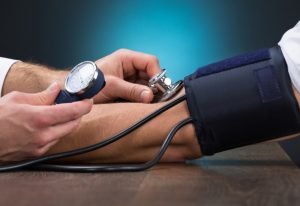 Millions of people throughout the world struggle with high blood pressure, or hypertension. Hypertension becomes more common as people grow older and their arteries grow more brittle. Although it is normal for blood pressure to rise as we age, the negative effects of hypertension are undeniable.

High blood pressure is a crucial health risk. Our veins and arteries are like pipes. Increased pressure increases the chance of leaks, which can be fatal in human anatomy. When the delicate, thin-walled vessels of our brain have a leak, the result is a stroke. In other areas of the body, this can lead to a deadly heart attack or a serious bleed.

People with high blood pressure are at higher risk of a variety of diseases, from stroke and heart attack to kidney failure, eye damage and sexual dysfunction. We depend on our cardiovascular system to deliver blood to all of our organs, so a compromise of this system can have a variety of effects on almost every system of our body.

Controlling high blood pressure is essential to maintaining good health. Most modern doctors rely on lifestyle changes and medications to keep blood pressure within a healthy range. However, simply taking a nap may have similar effects.

Many people feel the urge to take a nap in the afternoon, yet most of us resist this impulse. However, we may do so to the detriment of our cardiovascular health.

In a recent study, researchers in Greece looked at more than 200 patients who had high blood pressure. Around one in four also had type 2 diabetes, tobacco addiction or both of these. In other words, they were typical elderly people in the Western world.

Exactly how much can napping reduce blood pressure? Just sixty minutes of sleeping in the afternoon can lead to a decrease of about 3 mmHg. Even a short nap may have huge health effects.

Although this decrease may seem small, it can have a significant effect on health risk. A decrease of just 2 mmHg can mean as much as a 10 percent decrease in the risk of heart attack and other deadly complications. People who are taking the gold standard of anti-hypertensive medications may have the same reduction in blood pressure seen in people who merely sneak a few minutes of slumber in the afternoon.

This is significant because the most common blood pressure medications have serious side effects. They can cause dehydration, severe coughs and a variety of other unwanted health effects. Napping, on the other hand, does not have negative side effects. In fact, according to a wide body of recent research, napping may actually be good for you in a variety of ways.

Other Benefits of Napping 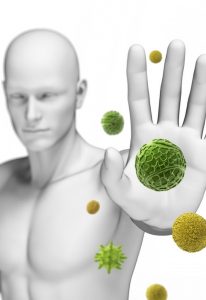 Napping does not just come with benefits for blood pressure. Our bodies benefit in a variety of ways when we get the sleep we need, even if it happens in the afternoon.

Albert Einstein and Thomas Edison are famous fans of the mid-afternoon sleep. This is not surprising to modern researchers. Napping has been found to make us more alert and to improve alertness. The many evidence-based benefits include:

Napping is not merely laziness. It is a way to reset from a busy day and to ensure that you get the most from every hour of labor. Although many modern people still see napping as a lazy habit, it is in fact a habit that leads to greater productivity and creativity.

Is Napping Right for You?

Napping can increase productivity and decrease the risk of dying from a variety of deadly diseases. However, this does not mean it is right for everyone. Modern nappers aim to slumber around one hour and no more. In addition, it is important to plan tasks that require creativity so they come after nap-time.

We do not yet have scientific information regarding what constitutes the perfect nap. However, we know that at least sixty minutes of rest is essential to decrease blood pressure. Your afternoon nap may feel like an indulgence, but it actually may be crucial to your performance throughout the day.