New Insights Into Memory and Sleep

Dealing with the modern world often means dealing with information overload. We are expected to remember a huge amount of small details, from ATM passwords to detailed driving instructions and computer logins. Many people struggle to remember all of the things they need to know due to the sheer quantity of information. However, epidemic levels of sleep disorders like insomnia also may be contributing to a general difficulty with memory. Several studies have shown that much of the process of storing information occurs while we are sleeping.

The Process of Remembering

Consolidation is the part of memory that is most affected by sleep. When we sleep, the neurons in our brain light up and make the essential connections that will allow us to later recall the information as needed. If we are not getting enough sleep, it makes sense that our memory may begin to suffer.

What We Know About Memory and Sleep

Several studies over the past 15 years have shed light on the importance of sleep in memory and learning. One groundbreaking study looked at mice that were learning a new skill. Half of these mice were sleep-deprived while the others were allowed to sleep normally. When researchers looked at the brains of these mice under a microscope, there were clear differences. The mice who were allowed to sleep had developed significantly more neural connections in areas of the brain related to memory consolidation.

Researchers also were able to perform the same test while interrupting different phases of sleep. Using this technology, they were able to identify deep, or slow-wave, sleep as the crucial period for memory. REM sleep also plays a role, helping to stabilize memories so we can access them over the long term.

Successive studies on humans showed similar relationships between memory and sleep. High school students who learned new information, for example, recall it better when they sleep several hours after learning. People who were sleep-deprived, on the other hand, are less able to recall information.

Can You Actually Learn in Your Sleep? 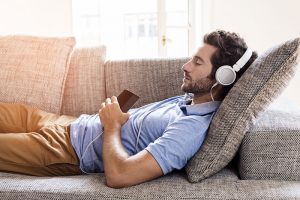 Memory is essential to learning. If we cannot remember information, we will never be able to completely understand or apply it. However, can learning actually continue once we are asleep? The answer is yes, but it’s complicated.

In one study, participants were shown pictures with word associations. Half were instructed to then take a nap, while the others stayed awake. An audio recording with half of the word associations was played for the nappers while they slept. When nap time was over, the people were tested once again. Participants who napped had better word association recall, but only for the words that had been played during their nap.

This research suggests that people can learn in their sleep when information is reinforced repeatedly during the sleep spindle phase of slow wave sleep. In the future, inducing these sleep spindles may actually be useful in helping people remember information more thoroughly.

If sleep is important to memory, it makes sense that memory loss and dementia could be affected by a lack of sleep. Although the research is preliminary, this appears to be the case. A gradual decrease in sleep is one of the major symptoms of Alzheimer’s disease, a form of dementia that causes gradual memory loss. New studies are showing that sleep deprivation may even increase the risk of developing this disease. In addition, sleep disturbances may be one of the first signs of this and other forms of dementia. Clearly sleep contributes to our memory in complex ways, some of which we likely do not yet understand.

Getting enough sleep may be one of the best things you can do to ensure your memory is always working at its best. However, this is often easier said than done. Multiple factors such as brightly lit screens, light pollution, stress and social jet lag all can keep us from keeping a stable circadian rhythm. While getting enough sleep can be a challenge for many people, it appears to be important not just for memory and learning but for lifelong whole-body health.

Many of us would love to find a way to remember more accurately and learn with less effort. Although getting a solid eight hours of sleep won’t give you a photographic memory or make you suddenly understand calculus, it will give your brain the boost that you need to work at full capacity. For many people, that little boost can make a huge difference in our happiness and success.