New Research Examines Lack of Sleep and Depression in Teens

For many people, the teen years are a time of late nights and early mornings. Teens are often just beginning to experience full social lives, including evening activities that keep them up well after bedtime. Homework, part-time jobs and other obligations also can dip into the hours needed for rest. At the same time, high schools in the West often begin at early hours, requiring adolescents to burn the candle at both ends.

Although they may appear full of youthful energy, teenagers face health consequences when they don’t get enough sleep. According to several recent studies on lack of sleep and depression in teens, this lack of sleep may even have serious consequences for their mental health. 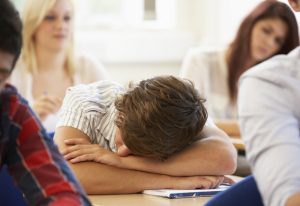 Many people assume that children need less sleep as they grow into adolescents. However, this is not the case. Although hours of sleep tend to decline for social and other external reasons, teens actually need as much sleep as they did in their late elementary years. Unfortunately, most teens will sleep less than children a few years younger, leading to a constant and progressive sleep debt. Part of this is due to a delayed circadian rhythm, in which their natural bedtime grows later even as their lives still demand early morning awakening.

Sleep deprivation in adolescents and teens can have serious health consequences. Not only will they be more tired during the day; they may also suffer symptoms such as:

However, the largest effect may be on their emotional health. Teenagers who do not get enough sleep are more irritable and impatient and are more likely to exhibit mood swings. They also appear to be more susceptible to depression.

Links Between Sleep and Depression in Teens

Sleep deprivation during adolescence and teenage years can have dire consequences, including an increased risk for depression. Teens who do not get enough sleep are at higher risk of not just depression, but of suicidal thoughts. In fact, sleep deprivation quadruples a teen’s chances of developing major depressive disorder.

Teens who are depressed due to sleeplessness tend to feel well in the morning, but then worse as the day goes on. In addition to increasing the risk of depression, sleep deprivation also can increase impulsive behavior and make it harder for teens to regulate emotions. This combination of effects can make sleep deprivation a physical as well as an emotional danger to adolescents: They are more likely to suffer from negative emotions and more likely to act irrationally as a result.

Who is Most Susceptible to Sleep Deprivation?

Although all teens are susceptible to the depressant effects of losing sleep, there are certain groups who appear to be disproportionately affected. While it is important for all people to get enough sleep, female teenagers are even more susceptible to becoming depressed from sleeplessness.

However, males still may be emotionally affected by losing sleep. Girls are generally more likely to be diagnosed with depression because they have more typical and recognizable symptoms. Boys, on the other hand, are likely to express negative feelings as anger or risky behavior.

Helping Teens Get the Right Amount of Sleep 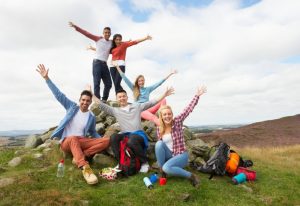 Teenagers often have academic and social obligations that rival those of adults. However, they still need as much sleep as they did when they were in elementary school. It is important for parents to take action to help their teen develop healthy sleep habits that last a lifetime, such as:

There are ways to help the adolescents in your life to build the habits that they need for optimal physical and emotional well-being. Sleep is just as important as diet and exercise in your teenager’s lifelong health.