Chronobiology has increasingly become an important area of medical research, with hundreds of studies pointing to the body’s internal clocks as a factor in both health and disease. Thousands of biochemical processes from sleep and wakefulness to DNA repair are scheduled and dictated by these internal clocks.

Because our circadian rhythms are so important to physiological function, it is no surprise that they may also affect how medications and other treatments are processed and metabolized. For some treatments, timing may make all the difference in efficacy, side effects, toxicity and more.

Chronotherapy takes into account how circadian rhythm and other internal clocks affect treatments, especially medications. There are several ways that this occurs.

First, drugs are metabolized by enzymes, which are present in different amounts throughout the day. The effectiveness of a treatment depends a great deal on how long a drug remains in the human body to have an effect.

Second, many drugs target specific biochemical processes. These drugs will be most effective if they are present in a high concentration at the time that the processes they target are actively occurring.

Cancer, arthritis, allergic rhinitis and peptic ulcers are all examples of health problems where chronotherapy can be used to improve outcomes and deliver a higher quality of care to patients.

Chemotherapy is one of the cancer treatments where chronobiology is becoming increasingly crucial. Cancer cells divide most at certain times that depend on the exact genotype of the cancer. Giving chemotherapy at these times can lead to faster and more effective destructive of tumors and other cancerous lesions.

In addition, several studies have found that cancer patients tolerate different treatments better when given at certain times of the day. There are time windows when drugs are less toxic to human cells and thus less likely to cause side effects that can hinder cancer treatment. Chronotherapy for cancer is one of the hottest areas of study in oncology. 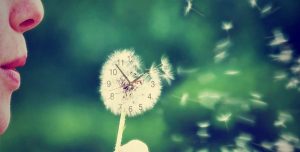 Patients do not have to have a serious illness such as cancer in order to benefit from chronotherapy. Allergic rhinitis is the inflammation and hypersecretion of mucus in response to allergens—in laymen’s terms, a stuffy or runny nose. Two out of five adults in the nation are affected by this health problem, which follows a distinct 24-hour cycle. Most people have worse symptoms at night and early in the morning, which can interfere with sleep.

The reason that allergic rhinitis is worse late at night likely has to do with the biological rhythm of histamine receptors. The action of histamine receptors that are triggered to produce allergic reactions such as rhinitis is lowest in the evening, then builds up to a high in the early morning. New studies are showing that allergy symptoms can be treated with far more efficacy when 24-hour medication is taken at night rather than in the morning, so the concentration is higher when symptoms are the worst. Simple changes such as this can have a huge effect on quality of life.

The Timing of Arthritis

Arthritis is a chronic illness that follows several biological rhythms. Not only do joints become more painful in winter, a seasonal rhythm, but arthritis is better and worse throughout a 24-hour day as well. Osteoarthritis tends to produce more inflammation and pain at night while rheumatoid arthritis is worse in the morning.

Increasingly, drugs for all types of arthritis are being taken several hours before the pain and inflammation are expected to be at their worst. Taking drugs earlier, in anticipation of pain, keeps both discomfort and inflammation to tolerable, low levels. In addition, melatonin can be taken to prevent wakefulness from pain, which is common with both types of arthritis. 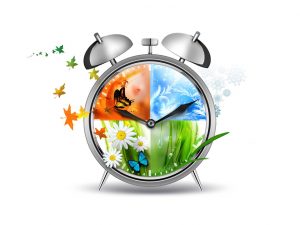 Chronotherapy can even be effective in disorders that show seasonal variation rather than a 24-hour circadian rhythm. Peptic ulcers are a good example. The reason for the seasonal variation is unknown, but these ulcers cause more hospitalizations in late-summer/early autumn and in mid to late winter. The escalation of these illnesses during these two peak times may be prevented if patients are given proper medication while staying with a stricter diet during these times.

The processes that run the human body are not constant, but rather subject to constant change. Chronotherapy is common sense help for people suffering from diseases that also show patterns of exacerbation and remission. Targeting therapies to the times when they are most needed and most effective will lead to better outcomes with less overall medication needed.

Decisions are a part of life. We all make them -- large and small, good and bad. Living ou... [Read More][weiterlesen]