Night Owls and Metabolic Syndrome: Is There a Connection?

There have been early birds and night owls for a good portion of documented history. Some people naturally go to sleep and wake earlier, while others get a rush of energy near sunset. Recent studies are finding that these differences may have serious health consequences.

Night Owls and Their Circadian Rhythm

Differences in sleeping patterns are usually inherent. Recent studies in chronobiology have found that one’s chronotype, or innate internal timing, is largely genetic. A 2012 study in Annals of Neurology identified a gene called PER1 as one factor in whether a person is an early bird or a night owl. There are several genes believed to affect one’s circadian rhythm and may contribute to the timing of a person’s sleep cycle.

The Downsides of Staying up Late 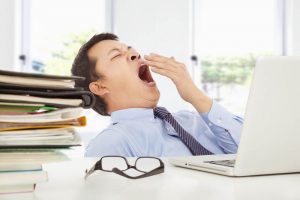 Ben Franklin famously claimed that “early to bed, early to rise makes a man healthy, wealthy and wise.” While there are no current circadian biology studies on the wealthy and wise parts, late sleepers do have more health risks than morning chronotypes. Modern life often does not allow people to wake later, so night chronotypes are more likely to get less sleep and even lower quality sleep. In addition, they tend to eat late at night, which has been associated with metabolic syndrome, sarcopenia, and other chronic health problems.

Because night owls tend to get less sleep and eat at odd hours, researchers long attributed the increase in chronic disease to lifestyle factors. However, a new study has found that even night chronotypes who get plenty of high-quality sleep have a higher risk of disease.

A recent study examined differences in health between night owls and early birds. Study participants were given a questionnaire to determine their sleeping patterns and then subjected to a variety of medical tests. These tests included blood samples, tests of body fat and lean mass, and CT scans to determine the placement of body fat. In addition, they reported their eating habits, exercise routines and a variety of lifestyle factors.

The results were not surprising: Overall, night owls are more likely to eat late at night, use tobacco products, exercise less and get less sleep. In addition, they are more likely to develop diabetes or metabolic syndrome and to suffer a loss of muscle mass. However, researchers were surprised to find that the night owls were more likely to have negative health effects even when they got enough sleep and led a healthy lifestyle.

What is Metabolic Syndrome? 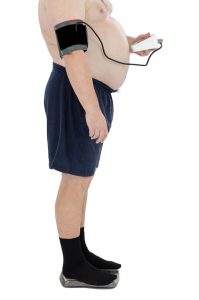 Metabolic syndrome, also called Syndrome X, is a collection of risk factors that are believed to come from a core problem with the endocrine system. These risk factors include high blood sugar, high cholesterol, high blood pressure and high waist circumference, where it can interfere with the function of internal organs. 47 million people in the United States are believed to have this syndrome and thus, be at a higher risk for many diseases such as type 2 diabetes, heart attacks and strokes. While any of these risk factors increases one’s chances of developing these diseases, having all of them together presents a very serious health threat.

The news that night owls are more likely to have metabolic syndrome and to develop the diseases associated with it may sound like bad news to people who are night chronotypes. However, knowing that a person has a higher risk can actually be beneficial. People who are at higher risk of metabolic syndrome and related diseases know that more screening and earlier treatment may be necessary. These interventions can save lives.

What Can Night Owls Do to Improve Health Outcomes? 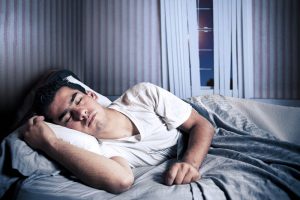 There are a few ways that night owls can improve their odds of developing metabolic syndrome and the associated diseases. First, they should avoid eating late at night and try to keep a healthy exercise schedule. These two lifestyle choices can positively affect waist circumference, blood cholesterol levels and other risk factors for metabolic syndrome.

Second, night owls often are able to modify their natural circadian rhythm by a few hours, allowing them to go to sleep earlier, have high-quality sleep and wake early in the morning. For example, taking a melatonin supplement before one’s desired bedtime can help night chronotypes to get sleepy at an earlier time. Using an alarm clock with light can also help, as light stimulates the release of hormones associated with wakefulness.

Studies in chronobiology are finding that sleep-wake cycles have an immense effect on overall health. Getting enough sleep and high enough quality sleep both are important to the numerous physiological processes that occur during sleep, including DNA repair. While it can be difficult for a night owl to modify their natural circadian rhythm, this effort may pay off in better health and more energy over a lifetime.