The Genetic Link Between Sleep Deprivation and Metabolic Disorders: Translin

A new study has identified the gene that may be the missing link between sleep deprivation and metabolic disorders.

Scientists have long known that there is a link between poor sleep and disorders of the metabolic system such as obesity and type 2 diabetes. Studies have indicated that some people are more susceptible to the endocrine-crushing effects of sleep deprivation. Because people from certain families are more likely to suffer metabolic effects of sleeplessness, researchers suspected a genetic component. A recently discovered gene called translin is the likely culprit.

There is a definite connection between sleep and metabolism. A lack of sleep causes the metabolism to run slower, glucose metabolism is slower, cell growth is slower and people are moving slower due to fatigue. Metabolic disorders also can affect sleep habits, with both fatigue and insomnia often presenting as the initial symptoms of diseases such as diabetes and hypothyroidism. Your metabolism and your sleeping habits are clearly related, but how?

Although fruit flies are very different from humans, they are often used as a research subject for genetic and molecular research. There are several reasons for this. Their genome—and thus their development—is similar to ours, although we eventually become very different organisms. In addition, fruit flies have a short generation time, so researchers can track the effects of genetic changes over generations in just weeks. Fruit flies also have sleeping habits that are similar to ours, which is why they were the subject of a recent groundbreaking study on sleep disorders and eating habits.

When fruit flies perceive themselves as needing food, the gene translin creates proteins that help to keep them awake so they can forage. In fruit flies with a translin mutation, this wakefulness and hunger persist even when the flies are well fed. Translin is a highly conserved gene, which means that more complex animals such as humans also have it.

The Chicken or the Egg? 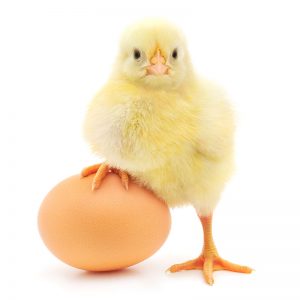 Researchers have long suspected that sleep deprivation causes disordered eating and a disordered metabolism. A large body of research supports this assumption. While this may still be true, the new study of fruit flies suggests that a third genetic factor is causing both insomnia and overeating. This is important because our ability to treat genetic mutations grows by the day. In addition, researchers may be able to identify the proteins produced by translin and create a drug that counteracts their effects. One thing is clear: humans and fruit flies both reach for a snack instead of sleeping sometimes, leading to weight gain and sleep deprivation.

Sleep disorders can affect almost every aspect of our lives, from our energy levels to our mental health and even to cardiovascular health risk. Metabolic disorders can have a similarly far-reaching impact on health and wellness. This gene gives new insight into both types of disease, which will hopefully allow people to get the treatment they need to live happy, healthy and well-rested lives.