Scientists Discover a Single Gene Can Disrupt the Sleep-Wake Cycle

Scientists have long recognized that genetics play a role in the human sleep-wake cycle. Research recently done by the University of Geneva, Switzerland, adds to that body of information, offering a clearer picture of genetic influence on sleep cycles. According to their findings, a single gene can disrupt the sleep-wake cycle.

Furthermore, the scientists were able to discover a potential link between mutations of that one gene and neurofibromatosis, a fairly common genetic disease. While that single gene isn’t the only gene that affects the sleep-wake cycle, it does appear to have an essential role in regulating the sleep-wake cycle.

“The body is essentially a collection of clocks,” explains Salk’s Regulatory Biology Laboratory researcher and professor Satchindananda Panda. And, those clocks help to regulate the vast number of complex chemical reactions and interactions involved in the myriad of bodily processes that support life, health and cognition. The circadian rhythm, an approximately 24-hour cycle that reflects the cycle of day and night, has a key role in regulating those clocks and maintaining their synchronicity. The sleep-wake cycle is linked to a healthy circadian rhythm. 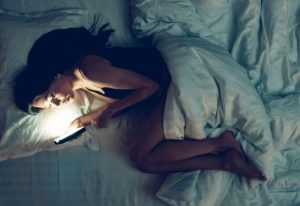 Disruptions in the sleep-wake cycle contribute to circadian rhythm disruption, both of which are connected to higher risks of numerous diseases, many of them serious, such as cancer and cardiovascular diseases. While the body of information relating to the connections between bodily functioning and health and the sleep-wake cycle, the circadian rhythm and body clocks is rapidly expanding, there is still much to be learned concerning the specific mechanisms involved, including genetic factors.

Scientists Find the Nf1 Gene Can Disrupt the Sleep-Wake Cycle

Seeking more specific information on the potential role of genetics on the sleep-wake cycle, University of Geneva scientists set up a study using the Drosophila, a type of fruit fly. The Drosophila is commonly used in this type of research because its genome is lab-friendly – easy to work with and make changes to in a laboratory setting – and because many of its genes are also found in higher order life forms, including humans. The results of this study were published in Nature Communications, a peer-reviewed, multi-disciplinary journal focused on medicine, biology, chemistry, physics, earth sciences and health.

In this study, the scientists studied and compared two groups of fruit flies. One group were healthy fruit flies that slept on a normal schedule of about 10 hours at night with a four- or five-hour nap during the day. The other group had disrupted sleep-wake cycles due to damage in specific parts of the brain, referred to as mushroom bodies because of their shape. When the scientists studied the undamaged mushroom bodies in the brains of healthy Drosophila flies, they paid close attention to gene expression.

The human form of the Nf1 gene, according to the scientists involved in the study, serves to prevent the growth of nervous system tumors. Mutations of this gene are associated with a common genetic disease, neurofibromatosis, and an increased likelihood of developing nervous system tumors. Interestingly, sleep disturbances are a common symptom among those with neurofibromatosis. Further research is needed to determine the potential mechanisms and relationships between the Nf1 gene, its mutations, the sleep-wake cycle and its impact on health.

Morning people, often referred to as early birds or larks, have a comparatively shorter clock cycle. Researchers have found a number of gene mutations impacting sleep-wake cycles by studying families and their sleep-wake cycles.

Control What You Can 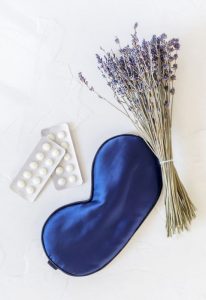 Light is the primary environmental cue for when it’s time to be active and when it’s time to sleep. Get plenty of bright morning sun and avoid bright artificial light in the evening. Go to bed and wake up at the same time every day. Eat your meals – and don’t skip breakfast – at the same time each day, because that also promotes a healthy circadian rhythm and impacts your sleep-wake cycle.