Research suggests that melatonin may play an important role in the process and treatment of serious diseases such as multiple sclerosis.

Multiple sclerosis is common in the United States and Northern European countries. While this diagnosis once was almost a sure death sentence, new drugs and treatments are making it possible for people with this and other autoimmune diseases to live longer, healthier lives. According to new studies on multiple sclerosis and melatonin, maintaining good sleep and healthy melatonin levels may be especially important in managing this disease.

What Is Multiple Sclerosis? 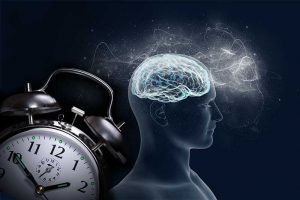 Multiple sclerosis, also known as MS, is an autoimmune disease in which the body’s own immune system attacks myelin, a cholesterol-like substance which insulates nerves so they can conduct impulses at a rapid speed. Without this insulation, people with multiple sclerosis can suffer problems with movement, balance, vision, bowel and bladder control and more. They also may experience weakness, fatigue, chronic pain and other debilitating symptoms. While some people may eventually die from the disease, many can live a relatively normal life with modern treatments.

Experts do not fully understand what exactly causes multiple sclerosis, but there are a few commonalities. Most people who develop MS start to show symptoms between the ages of 20 and 40. It is much more common in women than men. Viral infections often seem to trigger the start and relapses of MS. Last, people who develop this disease are more likely to live in northern latitudes with less light, regardless of their race or ethnicity.

Regardless of the cause of multiple sclerosis, it appears to be deeply linked to sleep. Over half of all people with MS have a documented sleep disorder. This is partially due to issues such as chronic pain and muscle spasticity, which can interfere with rest. However, melatonin also appears to play an important role.

Many people with MS have extremely low levels of melatonin and alpha-MSH, the hormone that stimulates melatonin production. The prevalence of low melatonin in people suffering from this disease has led some scientists to wonder if failure of the pineal gland, which produces and stores melatonin, may be one of the key events in the exacerbation of symptoms.

Recent studies suggest that melatonin may be an effective treatment in fighting multiple sclerosis. Melatonin has an anti-inflammatory effect that can help to reduce some of the damage to myelin in the brain. In addition, melatonin may help to regulate the activity of different kinds of T cells, which are important in the development of this disease. There are two types of T cells: Pathogenic T cells, which attack tissues, and regulatory T cells, which regulate and suppress unnecessary activity from pathogenic T cells. People who have high melatonin levels have higher levels of regulatory T cells, which may help to prevent much of the damage associated with MS. This may be why people with this disease often see fewer flares and relapses in cold weather months, when light is low and melatonin levels high.

Could melatonin be a safe and effective treatment option for multiple sclerosis? While more study is needed in this area, the evidence suggests that this hormone may be helpful for many people fighting this debilitating disease. Melatonin affects so much more than sleep, with diverse roles in human health that we are only just beginning to discover.