The Role of Melatonin in a Variety of Neuropsychiatric Disorders

Melatonin may be a viable option to help treat many neuropsychiatric disorders, according to a recent study published in the Egyptian Journal of Basic and Applied Sciences. Produced naturally by the pineal gland, melatonin is a hormone that is secreted according to the body’s circadian rhythm, or 24-hour sleep/wake cycle. Various neuropsychiatric disorders (mental disorders that are linked to diseases of the nervous system) have been found to involve deficiencies or abnormalities of the body’s melatonin levels. Such disorders can include anxiety, panic disorder, migraines, depression, insomnia, narcolepsy, epilepsy, schizophrenia, Parkinson’s disease, autism and Alzheimer’s disease. The study discussed in this article examines some of these disorders and how melatonin can play a role in treatment.

Circadian rhythm is one of three basic cycles studied in chronobiology. It plays an important role in physiological functions of the body such as heart rate, cell metabolism and immune response. Abnormal circadian cycles can result in physiological and psychological imbalances, which can lead to neuropsychiatric disorders. With its profound effect on circadian rhythms, melatonin is increasingly being looked at as a potential treatment for these types of disorders.

Several studies have found a positive effect of melatonin on anxiety and panic disorders. In a 2013 study, nighttime dosages of melatonin were administered to mice. The mice had been exposed to chronic mild stress. With the administration of melatonin, the stress-exposed mice had decreased symptoms of anxiety (including less weight gain, decreased behavioral despair and cognitive dysfunction), indicating that melatonin could play a viable role as an antidepressant.

Another study evaluated anxiety levels and pain scores in patients who were about to undergo cataract surgery. In a group of 60 patients, some received melatonin pre-surgery, while the other patients received a placebo. Several measurements were recorded, such as verbal anxiety and pain scores, heart rate, blood pressure and intraocular pressure. While the two groups of patients did not show significant differences in pain scores, heart rate, blood pressure or intraocular pressure, there was a significant difference in their verbal anxiety scores. Patients who had received melatonin showed much lower levels of anxiety. 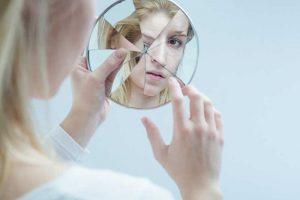 Schizophrenia is another neuropsychiatric disorder that has been found to involve disrupted circadian rhythms and decreased melatonin levels. Because of these abnormalities, it is thought that melatonin could help in the treatment of this disease. It has also been found that melatonin could increase the effectiveness and reduce side effects of anti-psychotic drugs. A study of schizophrenic patients utilized melatonin in conjunction with a popular anti-psychotic drug. Another group of patients in the same study received the anti-psychotic, but instead of the melatonin, they were administered a placebo. The patients that received the melatonin were reported to have fewer side effects, such as weight gain and a lower PANSS score, which measures the severity of schizophrenia symptoms.

Alzheimer’s disease (AD) is a progressive, neurodegenerative disease that causes memory loss and changes in thinking and behavior that worsens over time. Melatonin levels are reported to be much lower in Alzheimer’s patients compared to control groups, therefore, it is hypothesized that melatonin can play a role in its treatment. In a 2012 study, melatonin was administered in conjunction with physical exercise. This treatment lessened cognitive damage and brain oxidative stress, which are contributing factors to AD.

Hope for the Future