Your Internal Clock has a Helper: The Astrocyte

Astrocytes were once believed to have a single, simple role as structural support in the brain. However, new research suggests that they are important in setting your internal clock.

Our brain is made of many types of cells. Most people are familiar with neurons, which send and receive electrical impulses that form our thoughts and actions. Astrocytes, another type of brain cell, have been found in a recent study to be more important than previously thought, especially when it comes to timekeeping and the activity of our master clock.

What is an Astrocyte?

Astrocytes are some of the unsung heroes of our brains, offering structure and protection to other delicate cells and tissues. Astrocytes are often shaped like stars, which is how they got their name. They help to guide brain growth, store and distribute nutrients and uphold the blood-brain barrier. Without these tiny cells, our brains simply would not develop or work. Recently, they have been discovered to be involved in a variety of other brain functions as well, including learning and metabolism. New research has found that astrocytes also have a very important role in the suprachiasmatic nucleus, the brain’s master clock.

How Your Body Keeps Time 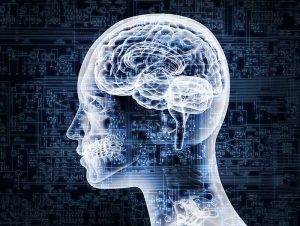 The suprachiasmatic nucleus, or SCN, functions as a master clock in our brains. It coordinates signals from our retinas and other organs to adjust our internal clocks. The activity of cells in the SCN oscillates at different rates according to the perceived time of day, which passes messages about time to other parts of the brain and body. Our brain then can create hormones such as melatonin and otherwise facilitate our sleep-wake cycle.

Astrocytes and Your Master Clock

Researchers have tried for more than a decade to study the role of astrocytes in the suprachiasmatic nucleus, as these cells make up a substantial fraction of the cells in this area of the brain. They recently developed the idea to attach a bioluminescent protein to certain genes in the astrocytes of mice using a virus. Scientists then could see when certain genes within the astrocytes were being expressed. The astrocytes showed a distinctive circadian rhythm, switching genes on and off predictably throughout the sleep-wake cycle of the mice.

Why study mice? Mice have a very predictable circadian rhythm and one that is easy to observe as well. Mice run, sleep and perform other activities at predictable times of the day. For instance, they will begin running on a wheel within the same minute time frame every day unless their circadian rhythm is disrupted. When the circadian clock genes in their astrocytes were deleted using new gene-editing technology, this pattern shifted. They began running later than planned. Similarly, they ran earlier than usual when the genetic clocks in their astrocytes were manipulated to run faster. These effects occurred even with no changes to the mice’s neurons, suggesting that astrocytes are integral in determining the circadian rhythm of the SCN. Matt Tso, a scientist who worked on this study at Washington University in St. Louis, admits that this was surprising:

“We expected the SCN to follow the neurons’ pace. There are 10 times more neurons in the SCN than astrocytes. Why would the behavior follow the astrocytes?”

Neurons and astrocytes appear to work together to maintain our master clock and keep our cells running on time. Neurons appear to be most active during the day while astrocytes are busiest at night, suggesting that these two types of cells coordinate activity. Astrocytes release glutamate when they are active, which inhibits neurons. When astrocyte activity begins to wind down, the lower levels of glutamate allow neurons to pick up in activity. Rob Jackson of Tufts University notes that this has also been observed in fireflies and other animals:

“It’s quite interesting that astrocytes form elements of the circuits driving rhythmic behavior, in animals ranging from flies… to mice. It really is probably a very general mechanism.”

You have probably heard the saying that “It takes all kinds,” referring to people. However, this saying is also especially true of the brain. Our brain requires the action of many different kinds of cells to set our master clock, form our thoughts and help us be our unique selves.