A New Look into the Sleep Patterns of Ancient Tribal Societies

New data shows that preindustrial cultures have similar sleep patterns to modern ones, suggesting that sleep behavior is deeply ingrained in our genome.

There are few behaviors as innate as sleep. Even the most primitive mammals have circadian rhythms that include regular hours for sleeping. However, many modern people assume that our ancestors slept better and longer than we do. After all, there were no alarm clocks and also not a lot to do at night prior to the invention of modern lighting! However, modern research has turned this assumption on its head, suggesting that pre-industrial cultures sleep on average as long as post-industrial ones, with very similar timing and seasonal variation.

How Long Did Ancient People Sleep?

While much of the world has been modernized, there are still places where people live the same lifestyles as our oldest ancestors. While we live in a post-industrial era, there are tribes in Tanzania, Namibia and Bolivia that live hunter-gatherer lifestyles similar to all humans before the advent of modern industry. These tribes offer insight into the behaviors of people thousands of years ago.

Interestingly, these tribes have sleeping habits strikingly similar to our own. Like modern humans, they sleep on average several hours less than the recommended amounts, an average of 5.7 to 7.1 hours per night. In addition, the timing of their sleep is similar, from several hours after nightfall to shortly before dawn. Somehow these tribes are getting up early and sleep-deprived even without the help of alarm clocks, a trick that many modern people would love to learn.

The Circadian Rhythm of Pre-Industrial Societies 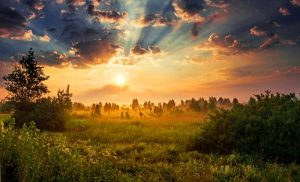 The details of sleep in these societies will sound very familiar to modern people. Pre-industrial societies fall asleep well after dark and sleep uninterrupted until just before dawn, when rising temperatures cue the body to begin making cortisol and other hormones associated with wakefulness. Light exposure is highest in the morning and then falls throughout the day, as these societies uniformly seek shady, cool spots for afternoon work. People napped at roughly the same frequency as seen in modern groups, and slept less in summer than in winter as we do.

However, there are a few key differences between modern sleep habits and those of preindustrial groups. One potent difference was in how often they woke. The average person in less developed areas sleeps uninterrupted throughout the night without waking. On the other hand, modern people are more likely to wake at night, especially in parts of the sleep cycle where alpha waves predominate.

The human struggle to get a solid eight hours of sleep is apparently an ancient one. However, there is much we can learn from ancient cultures regarding how to maintain a healthy circadian rhythm. Our days of steadily controlled and uniform light and temperature may be interfering with the quality of our sleep at night.