ADHD and related disorders have increased to almost epidemic levels in the United States. Research suggests that circadian rhythm disruption may play a key role.

Attention deficit/hyperactivity disorder, also known as ADHD for short, is a common problem in the Western world. Around 11 percent of American children have been diagnosed with the disorder, but it is not limited to childhood. Over four percent of adults have the disorder as well, but it is believed to be under diagnosed as adults can learn coping mechanisms that make ADHD less obvious to health care providers. The difficulties in paying attention can affect every aspect of one’s life, from education to social relationships to career.

ADHD on the Rise

The symptoms of ADHD include inattention, hyperactivity and impulsivity that are present in a variety of settings and interfere with one’s life. The disorder can often be managed with medication and behavioral therapy, but many people struggle even with these standard treatments. In addition, the medications used to treat ADHD can have unpleasant side effects. Even with early and thorough treatment, the associated attention deficits and behavioral problems are affecting more people than ever, rising 42 percent in just the last decade.

Americans are suffering from an increase in attention deficit/hyperactivity disorder and also an increase in sleep disorders. Could the two issues be related?

The Chronobiology of ADHD 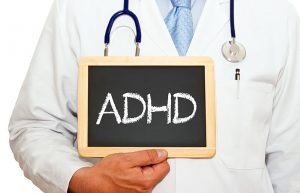 Although disordered sleep is not part of the diagnostic criteria for ADHD, many people have both disorders. Many experts believe that the stimulant medications used to treat the disorder are partially responsible. However, there are likely other mechanisms at play as well. Children who go to sleep late may act hyperactive to stay awake the next day. In addition, a lack of sleep can make it difficult to concentrate and to memorize information. While many people would go to bed early in the evening after a sleepless night and feel rested the next day, people with ADHD have a high prevalence of delayed sleep phase disorder. Even after a day of exhaustion, they struggle to fall asleep at night. This creates more symptoms the next day, setting them up for failure.

Could ADHD be treated effectively by treating any underlying sleep disorders? Several studies suggest that this is the case. Around two-thirds of parents of children with ADHD saw a long-term improvement in their child’s behavior when given melatonin every night. Light therapy has been found to have similar effects in adults with the disorder. Correcting circadian rhythm disorders has also been found to mitigate some of the side effects of medications, such as growth delay.

How are attention deficit/hyperactivity disorder and circadian biology intertwined on a biochemical level? Researchers have found that the cells of people with the disorder have an altered circadian rhythm. In addition, the clock genes BMAL1 and PER2 lack their normal rhythmicity. People with this disorder also have altered endocrine rhythms, showing less variation in the release of melatonin, cortisol and other important hormonal regulators of the circadian rhythm. Insomnia is known to cause ADHD-like behavior, so a lack of quality sleep may actually be the root cause of this disorder in many people.

The future of ADHD treatment may lie in melatonin supplements, light therapy and other measures that address the root causes of this disorder. These new discoveries offer hope for millions of people, including children, who struggle to get through their days and sleep through their nights.