Do you have trouble sleeping? Do you have a poor memory? New research on memory consolidation suggests these two very different symptoms may be related.

Difficulties with memory are a common problem, affecting almost 13 percent of people over the age of 60 years and a sizable proportion of younger people as well. While this common and oftentimes debilitating issue is often a sign of disease, many healthy people are affected as well. New research suggests that sleep, particularly autonomic activity in sleep, is an important part of a crucial step in memory consolidation.

The Process of Memory

The autonomic nervous system is the part of the body that controls involuntary activities such as heart rate, respiration and digestion. Autonomic activity varies during sleep in predictable ways. This autonomic rhythm appears to be very important in the process of storing long-term memories, according to a new study.

To determine the role of the autonomic nervous system in memory, researchers looked at a group of volunteers before, during and after a midday nap. Those who exhibited expected changes in autonomic activity during REM sleep showed more consolidation of memories when tested after awakening. Exactly how differences such as a change in heart rate could affect memory is still unknown. However, the evidence is clear that this activity appears to play a role in the process of storing long-term memories. 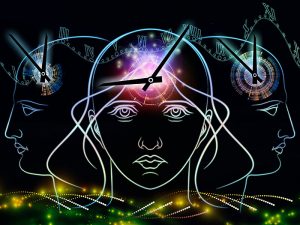 This is not the first time that circadian rhythm disorders have been found to affect memory. A prior study found that sleep is deeply tied to memory. Our suprachiasmatic nucleus is the part of the brain that governs our internal clocks. It appears to do this by controlling levels of biochemicals such as melatonin and GABA, an inhibitory neurotransmitter. When GABA is blocked during sleep, test animals with circadian rhythm disorders and dementia showed improvements in memory.

Many people suffer from sleep disorders and may have lower memory function without even realizing it. In addition, some of the most debilitating forms of dementia, such as Alzheimer’s disease, involve changes in sleep patterns. It is possible that taking steps to encourage good sleep, especially healthy REM activity, may improve memory.

The links between sleep and memory are adding up to yield a single picture: Sleep and memory are inseparably linked. While people often sacrifice sleep to study or work, this may actually be counterproductive. People need sleep to form long-term memories and to function well throughout their days.