Circadian Clocks in the Ovary Govern Fertility and Reproduction

The Monthly Rhythm of Female Fertility 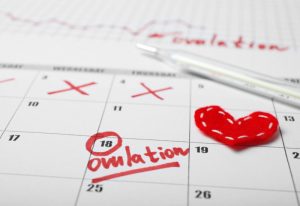 While male fertility is fairly straightforward, female reproductive cycles are complex, with hormonal levels varying by the day and even by the hour. Every monthly cycle is made up of three distinct phases. The first phase is called the follicular phase and is spread over roughly the first fourteen days of the cycle. In this phase, the follicles in the ovaries mature in preparation for the second phase, ovulation. The hormones LH and FSH spike to induce the egg to be released just before ovulation.

After ovulation comes the third phase, the luteal phase, which lasts approximately the last two weeks of the ovarian fertility cycle. In this phase, the body releases hormones to support an early pregnancy, should one have occurred, including high levels of the hormone progesterone. If no pregnancy occurs, progesterone drops sharply and menstruation begins, with the cycle beginning anew once again.

Clearly this monthly rhythm is extremely important for the continuation of the human race. However, new research suggests that daily, or circadian, rhythms also are important in helping to support female health and fertility.

Circadian Clocks in the Ovary and Fertility

Scientists have long suspected that there is a link between circadian clocks and fertility. Part of this is due to the mere proximity of the two mechanisms, as both functions are controlled by the same area of the brain. In addition, shift workers have been shown in several studies to have a higher incidence of infertility and other reproductive disorders.

However, there have been other scientific hints that sleep and female fertility are linked. More than 50 years ago, researchers noted that female rats experienced certain monthly hormonal surges in the afternoon. In addition, laboratory animals have been shown to be less fertile when subjected to changes in circadian rhythm, such as being on a sleep-wake schedule that spans less than 24 hours. Several new studies have shed light on this topic, suggesting that circadian clocks in the ovary may be more important to fertility and reproduction than previously known.

In a recent study, researchers took several groups of mice and stopped the functioning of certain genes that are known to control circadian rhythm, such as CLOCK and BMAL1 genes. When they deleted these genes, there was a predictable change in the release of reproductive hormones. For example, when one gene was deleted, the mice being studied all had hormone surges occur two hours earlier than previously.

However, communication between circadian clocks and fertility hormones is not one-way. A different study suggests that luteinizing hormone (LH), a hormone that induces ovulation, also helps to set circadian clocks, especially the clocks located in ovarian tissue. The exact relationship between circadian rhythm and fertility has yet to be determined, but it is clear that these two systems interact with each other.

What Happens When Clocks Are Off? 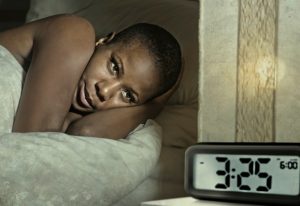 Circadian rhythm disorders are incredibly common. This new research brings up the question: What happens to reproductive cycles when circadian clocks are awry? The researchers who performed the recent studies on circadian clocks and fertility in mice note that the small changes in fertility hormones seen in mice with circadian gene deletions often left the mice less fertile or even totally unable to reproduce. Although humans are not mice, our systems are similar enough to raise suspicion that women with sleep disorders may not be as fertile as they could be.

Although circadian clocks appear to be important in female fertility, this does not mean that they play a similar role in male reproduction. On the contrary, male reproductive organs do not seem to have as strong of a connection to timing and internal clocks. Although men can experience a variety of negative effects when their circadian rhythm is off time, there is no evidence to suggest that their fertility takes a hit.

The modern world is not conducive to keeping internal clocks ticking along. However, your circadian rhythm is crucial to your health in a variety of ways. If you are not getting the sleep you need or keeping a regular sleep schedule, nearly every system in your body will be affected. As we are seeing in several recent studies, your internal clocks influence more than we previously could have imagined.