Asthma is an increasingly common respiratory ailment. Globally, there approximately 300 million people suffer from asthma. As far back as the late 1600s, scientists have recognized a pattern to asthma, noting that the respiratory problems associated with this chronic ailment are often worse at night. However, what science hasn’t been able to determine, until perhaps today, is why this is. According to a recent study, there may be a circadian rhythm connection. Researchers have recently found a link between circadian rhythm and asthma symptoms, offering important insight into why asthma symptoms are often worse at night. 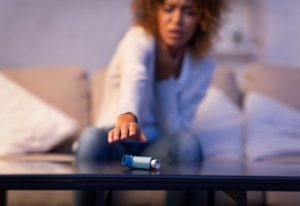 A recent study conducted by researchers from Oregon Health and Science University and Brigham and Women’s Hospital was able to offer a deeper insight into why asthma symptoms often seem to be worse at night. The results of this study were published in The Proceedings of the National Academy of Sciences, which is the peer-reviewed, official journal of the National Academy of Sciences. According to the researchers, the results of their study revealed a link between the circadian rhythm and asthma symptom severity.

While the study was small, with only 17 participants, it was carefully designed to separate the potential influence of the circadian rhythm from other known asthma impacting factors, such as environmental and behavioral factors. All of the participants have asthma, but do not regularly use steroids to treat it, though they do use rescue or bronchodilator inhalers when necessary. After studying the participants for three weeks in what the researchers referred to as an ambulatory setting, with all potential factors – circadian, behavioral and environmental – the researchers used two separate lab protocols to study participants.

In one, called a constant routine protocol, the participants were kept awake for 38 hours in dim light, kept in the same posture and fed the same snacks every two hours. In the other, called the forced desynchrony protocol, the participants were made to follow a waking, sleeping, eating and activity pattern according to a 28-hour schedule in dim light instead of an approximately 24-hour rhythm – our natural circadian rhythm – with both bright light (day) and dark (night). They followed this schedule for eight days.

More research needs to be done to determine the specific mechanisms involved in the worsening of asthma symptoms and the exact role or roles the circadian rhythm plays in the processes involved, but the researchers did offer some solid theories on what they think is going on.

The researchers pointed to the role of the circadian rhythm in the timing of certain hormones, such as cortisol and melatonin, and the influence these hormones may have over lung function. They suggested that cortisol, which decreases during the night as melatonin rises and surges in the morning, may have a role in better lung function. They theorized about the potential of melatonin to have a role in the inflammation of the lungs at night. There are important inflammatory processes that take place at night, such as the actions of the immune system.

Better understanding of the link between the circadian rhythm and asthma may lead to improved asthma treatment via chronobiology influenced medication timing. Once the mechanisms involved in the worsening of asthma symptoms at night are more thoroughly understood, treatment plans can be developed that more efficiently target those mechanisms and symptoms.

This is already happening in the treatment of other diseases – using the right medications at the right time for better results – including some cancers and cardiovascular diseases. So, with further research, developing a better treatment protocol for asthma built upon smart timing of medications for improved effectiveness is probably an achievable goal.

Chronobiology: An Important Field of Study 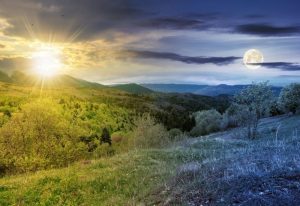 Studying the natural biological rhythms of the body, chronobiology is a fast expanding field of study already demonstrating the potential to take health care to the next level. This is a field that delves deep into the fundamental mechanics of organisms, including we humans, to understand the biological rhythms that influence health and disease processes.

With this sort of knowledge, we are coming closer to a point where we can work with our body’s natural rhythms and processes to treat disease and achieve health in a more efficient and effective manner. The potentials are truly exciting for asthma and many other health impacting conditions.