Are your cells out of sync with the world around you? Known as cellular jet lag, this condition may put you at high risk of diabetes and other metabolic disorders.

Many people in the modern world live in circadian misalignment, also known as cellular jet lag. The internal clocks of their cells simply do not match up with the demands of the outside world. This common condition may be contributing to a variety of metabolic disorders, including diabetes. Could increasing rates of circadian misalignment be contributing to ever increasing rates of metabolic disease?

What Is Cellular Jet Lag?

Many people in the modern world lead lives that are not synchronized with our innate sleep-wake cycles. Early man rose with the sunrise, worked throughout the day and then settled down for sleep at dark. For modern people, life is rarely this simple. We often work odd hours, including evening and night shifts. Many people travel for work, causing them to quickly change time zones. For others, a busy social life keeps them from an early bedtime. It is almost rare now for people to sleep and wake on the same hours that our ancestors did.

The results of this misalignment, also known as cellular jetlag, are many. People who work night shifts still release sleeping hormones such as melatonin at night and waking hormones such as cortisol early in the morning. Consequently, their cells are not hormonally primed for their activities. In addition, these people may struggle to go to sleep or stay awake when their schedules demand it. According to new research, this may have devastating effects on the endocrine system.

Your endocrine system has its own internal clocks that regulate every aspect of your metabolism. Even when you change time zones or otherwise change when you sleep and wake, your metabolism operates on the same set of internal clocks. Your pancreas contains both alpha and beta cells that release glucagon and insulin respectively in anticipation of meals. Insulin is a hormone that lowers blood glucose and thus is released at times when your body thinks you will soon be eating. Glucagon has just the opposite effect and is released to raise blood glucose at times when your body thinks it will not have a steady food intake.

When the innate cycles of these pancreatic hormones are misaligned with a person’s cycle, they may suffer a variety of effects. They may have soaring high blood glucose when they eat at times when glucagon is being released. Alternately, they can suffer from very low blood glucose if they are busy doing things other than eating while insulin is being released. Over time, the body’s internal metabolic clocks become increasingly dysregulated and confused.

Cellular Jetlag and Your Metabolism 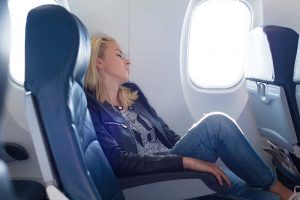 What happens when internal clocks are persistently out of sync with your environment? A new study suggests that this may be a root cause of the increase in metabolic diseases such as diabetes. Mice who do not have internal clocks in their pancreas due to a chromosome deletion release insulin and glucagon both randomly and in response to feeding or starvation. These mice lack the anticipatory effects of normally functioning pancreases, similar to humans who have circadian misalignment. The result is that insulin and glucagon levels both become increasingly out of whack, making the mouse more likely to develop type 2 diabetes or other metabolic diseases.

It appears that functioning circadian clocks in the pancreas and other endocrine organs may be key to preventing diabetes and other endocrine disorders. Researchers acknowledge that this opens up many questions. Can people somehow align their internal clocks with their external schedule? Can diabetes be treated more effectively using chronopharmacology, the practice of timing medications and treatments to coincide with key parts of the circadian rhythm? We know that melatonin appears to be important in the regulation of pancreatic clock mechanisms; should diabetics and other people with endocrine disease take this supplement?

While this research brings up new questions, it also provides answers. Researchers in chronobiology have long known that people who work odd shifts are more likely to develop diabetes and other metabolic diseases. This recent research on the internal clocks of the pancreas may at least partially explain why. If you want to remain healthy for a lifetime, maintaining a healthy sleep-wake cycle is essential. While this can be difficult in a world of shift work, jet lag and other sleep disruptions, it is nonetheless one of the most important things you can do to support whole body health.