Social Jet Lag and Your Health

How do your sleep habits on weekends compare to those of weekdays? For many modern people, there is a sizable difference in when they wake, when they go to bed, and how many hours they sleep. Weekends come with later bedtimes and alarm clocks turned off, allowing sleep-deprived people to catch up on sleep missed during the week. This can make adjusting back to a normal weekday schedule more difficult, a condition known as social jet lag.

The Physiology of Social Jet Lag

When schedules on weekdays and weekends vary widely from each other, the body is left constantly readjusting to a new schedule. Because this has similar effects to changing time zones regularly, it is compared to jet lag.

When people go to sleep later, their body quickly adjusts to this schedule, releasing melatonin later and later in the night. Sleep cycles and crucial cell repair processes dependent on melatonin do not begin until later. Because people generally sleep in on the weekend, there is plenty of time for the body to complete all of the tasks that depend on melatonin and other sleep hormones.

However, when these same people reach Monday morning, they may have trouble waking up with the alarm clock because they have not yet completed necessary sleep cycles. This can lead to sleep inertia and an increased risk of vehicular and occupational accidents. In addition, key cell repair processes that occur during sleep are not completed. Over time, this can have a detrimental effect on health. 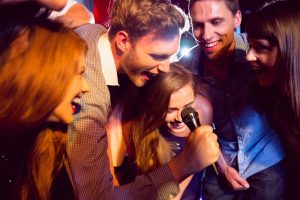 New studies in chronobiology are finding that social jet lag is linked to an increased risk of a variety of diseases. People who have a wide difference between weekend and weekday schedules have a heightened risk of cardiovascular disease. In addition, they have higher cortisol levels, which is associated with high levels of stress and a higher risk of obesity. Obesity in itself leads to a wide range of health problems and heightened disease risk, so social jet lag is serious business indeed.

People who have social jet lag also have lower academic performance and cognitive function. Clearly late nights and lazy mornings on the weekend affect more than how much coffee you will need to wake up on Monday. 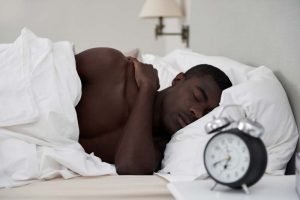 There are a few ways that people can prevent social jet lag. It is important to know your chronotype—that is, whether you are a morning person or a night owl. Night people will need to work harder at keeping a regular sleep schedule as they naturally prefer to go to sleep later in the night and arise later in the morning.

Night owls who are prone to social jet lag should consider using light therapy in the early morning to help keep their circadian rhythm consistent while turning off lights and taking melatonin in the evening to cue sleepiness. Avoid staying out late on weekend nights and set your alarm clock for the regular time on weekend mornings. These simple steps may help to keep your body in the same “time zone” all week and prevent social jet lag, along with obesity and other harmful effects of this disorder.

Our bodies evolved to have a set sleep schedule with no interruptions and very few changes. When we change our schedules dramatically, it affects our circadian rhythm as well as many cell processes that are crucial to good health. Preventing social jet lag will not only make you feel better but have a positive effect on your long term health.