Control of Emotions and Insomnia: A Link?

As more and more scientists turn to chronobiology to help explain the mysteries of the human body, an increasing number of links between disordered sleep and disordered health are being discovered. 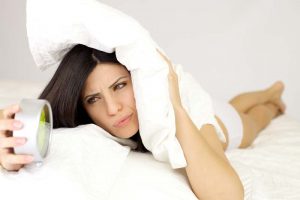 In this study, which was published in a journal of the British Psychological Society, participants were asked about their emotional control and their sleep habits. Emotional control was defined by a variety of factors, including emotional awareness of others and ability to control impulses.

People who had suffered a loss of emotional control over the duration of the study were also more likely to have developed recurrent and persistent insomnia. Altogether, people with low emotional control have an 11 percent higher risk of not getting adequate sleep.

Emotions and Insomnia: The Chicken or the Egg?

While this research has demonstrated a link between emotional control and circadian rhythm, more research will be needed to determine if one of these factors causes the other. They even could be linked because of a third and currently unknown factor.

Insomnia and emotional distress have both been found to be caused by hyperarousal of the central nervous system. However, disturbances of the circadian rhythm can affect one’s emotions and vice versa. The way that these two factors interact with and worsen each other can make them very difficult to treat.

Regardless of the cause of one’s emotional distress, many studies have shown that getting better sleep can help psychological health. Sleep makes people more likely to have a positive mood, which is why many circadian biology researchers call it “overnight therapy.” We process negative emotions in our sleep, a crucial process that people with insomnia or other sleep disorders are lacking. People who are sleep deprived are more likely to feel intense negative emotions, which may contribute to a lack of emotional control in daily life.

The Challenge of Falling Asleep While Anxious 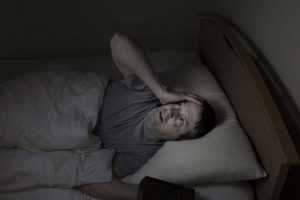 While sleep can help people deal with negative emotions, these feelings often keep people from getting the sleep they need. There are a few ways to avoid this downward spiral. Experts recommend stabilizing your circadian rhythm by going to sleep and waking at the same time every night, avoiding screens and other light sources before bed and limiting stimulants such as caffeine. In addition, practicing relaxation techniques such as yoga and meditation can help you loosen up enough to fall asleep.