Researchers curious about the relationship between lack of sleep and emotions have identified the mechanism responsible for triggering emotional impairment when sleep is lacking.

Quality sleep is a valuable component of our health and well-being. For many years researchers have studied how lack of sleep may be related to overall physical and mental health.  Past studies have revealed that sleep deprivation is related to impairments of the immune system and brain processes such as memory and learning.

At that time, little research had been done to evaluate why sleep deprivation affected emotions; the idea was just a given fact for many of us because we could relate our own feelings of agitation and fogginess to inadequate sleep.  Now, a recent research study has reported findings that better identify how lack of sleep directly affects our emotions.

Lack of Sleep and Emotional Impairment 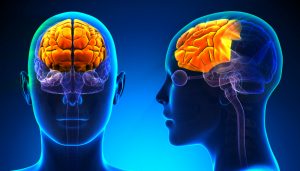 In a 2007 research study, researchers predicted that the emotional centers within the brain would overreact as a result of sleep deprivation. They went on to evaluate the brain’s emotional response to sleep deprivation in 26 healthy volunteers. They were shocked by their findings that revealed sleep-deprived study participants were 60 percent more reactive to negative emotional stimuli.

Researchers linked this hyperactive response to a shutdown of the brain’s prefrontal lobe, a region of the brain that normally maintains control of emotions. One researcher speculated the reasoning behind this response may be due to this structure’s inability to cope with certain biological extremes, as it is relatively new to human evolution. Today, researchers have attempted to further explain this correlation.

A study conducted by the Tel Aviv University has identified the mechanism responsible for triggering emotional impairment as a result of lack of sleep. TAU Sagol School of Neuroscience Professor Talma Hendler led this study, conducted by Eti Ben-Simon, a Center for Brain Functions graduate student at Tel Aviv Sourasky Medical Center. Professor Hendler also has affiliations with Sackler Faculty of Medicine and School of Psychological Sciences. Recently, this study was published in the Journal of Neuroscience.

The study involved the participation of 18 adults who underwent brain mapping by means of EEG and/or MRI while taking two rounds of testing. The initial testing was conducted after the participants received a restful night’s sleep, followed by the second round which was completed following a night of inadequate sleep. One test required participants to analyze the direction in which small yellow dots were moving over various images. These images were classified as neutral (a spoon), negatively emotional (a mutilated body) or positively emotional (a cat). 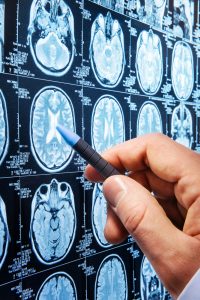 The results of the testing revealed that when participants had adequate rest they were able to identify the direction of the dots over neutral images more accurately and quickly. Neurological responses which differed to neutral and emotional distracting images were evident on their EEG. However, when taking the same test while lacking sleep, participants performed poorly while analyzing both neutral and emotional images. Also, brain responses measured by EEG lacked the reflection of highly different responses to emotional images. Researchers say this is indicative of decreased regulatory processing. Ben-Simon commented that it may be likely that lack of sleep causes an emotional response to be provoked by even neutral images.

The second test was performed while participants were inside an fMRI scanner to allow activity levels to be measured in various parts of the brain while undergoing the cognitive task. Participants were asked to perform a task which demanded their attention and were instructed to ignore the distracting emotional or neutral background pictures.

The results of this study reveal that even with lack of sleep for one night, the brain’s ability to differentiate between emotional and neutral events is disrupted. Professor Hendler stated, “We may experience similar emotional provocations from all incoming events, even neutral ones, and lose our ability to sort out more or less important information.” According to Professor Hendler, this can result in anxiety, poor judgment and biased cognitive processing.